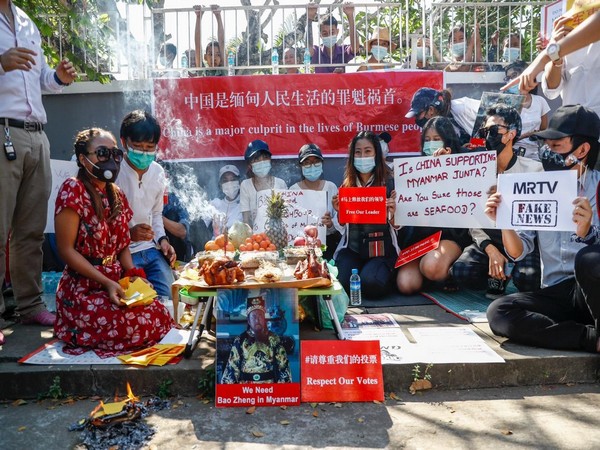 Protestors said that it is China who is the real culprit and creating unrest in the lives of the peace-loving country.

“They have forced the army to put democracy at stake,” said a protestor. People from different age groups protested against China. The protest witnessed participation from all the sections of society.

They carried a banner that read, “Stop supporting military dictator.”

Earlier, lakhs of people protested against General Min Aung Hlaing in Myanmar.
On February 1, Myanmar’s military staged a coup and overthrew the democratically elected government of the National League for Democracy (NLD), alleging voter fraud in November 2020 elections that saw the NLD securing a resounding victory.

Nepal, Hong Kong and other countries too protested against China for bringing civil unrest to Myanmar.