Why did China use Sri Lankan Airlines to bring back Chinese Citizens from London ?

On Wednesday (15th), former Finance Minister Mangala Samaraweera posted a tweet questioning why China used Sri Lankan Airlines to bring back Chinese Citizens in London to Shanghai despite having their own airlines.

“The question is why China did not choose one of their own airlines to carry their citizens home. They have over a dozen international carriers” Mangala Samaraweera tweeted.
Chinese Embassy in Colombo replied to Mangala Samaraweera with the following Tweet saying it’s a commercial arrangement with Sri Lankan Airlines.

“There is only one direct flight weekly that is operated by China Eastern Airlines on Friday. Tens of thousands of Overseas Chinese students in UK & US, need more aircrafts. We appreciate SL Airlines’ help on a commercial basis. Transfer between aircrafts brings more risks”C Chinese embassy in Colombo Tweeted in reply.

“Most Sri Lankans want to know why China chartered ‘Sri Lankan’ via Colombo when it has over a dozen airlines and other International airlines capable of flying directly from London? Did not your passengers transfer from UL504 to UL 866 after transiting in Colombo for 2hours ? If your Government hired on a ‘commercial basis’ one of your own Long haul flights directly to Shanghai from London there would have been no ‘transfer risks’” Mangala Samaraweera had replied to Chinese Embassy.

“Dear sir, we didn’t know about this flight and we checked with our colleagues in London & Beijing for your Q. No enough direct flights so some students transfer via other available Airlines. Not arranged by our missions. Anyway we appreciate Srilankan’s help to these teenagers.” Chinese embassy replied back.

“UL 504 specially chartered plane taking Chinese passengers from London to Shanghai lands at BIA and transist for two hours. UL 866 departed for Sh’hai at 14.55h. Were all the passengers tested/quarantined before leaving London?” He questioned in a tweet posted yesterday.

Sri Lankan Airport Authority replying to that in Twitter said that passengers were not brought into the terminal.

“All passengers were transferred from aircraft to aircraft within a radius of 100 meters at the parking bay, with the highest focus and adherence to health regulations. None of the said passengers were brought into the terminal” 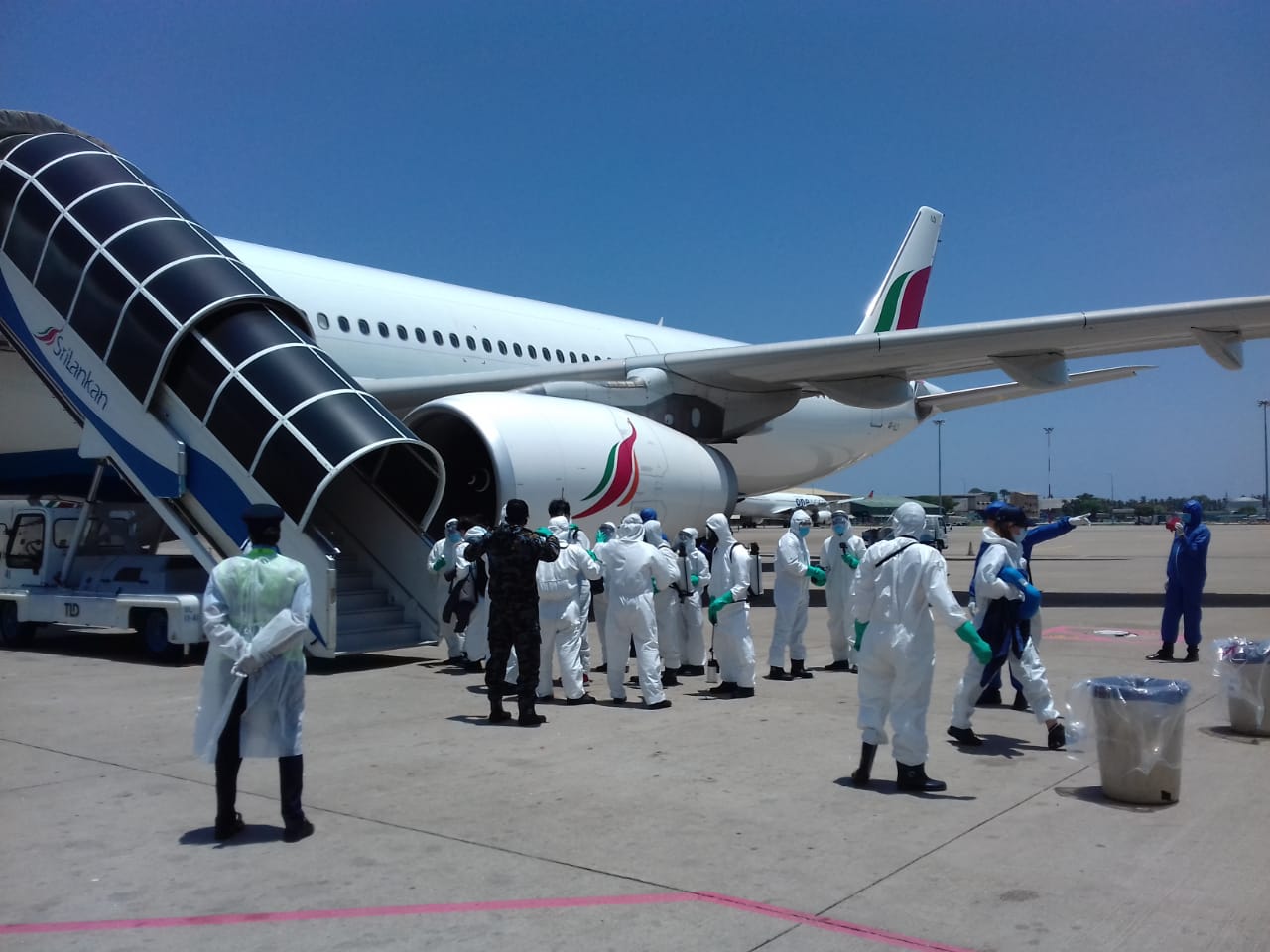