Road Safety – A Must If You Love

Federation Internationale de l’ Automobile (FIA) in partnership with the Automobile Association of Ceylon (AA) has continued to conduct child car safety awareness programs amidst a global pandemic with the aim of influencing the enactment of child restraining laws in Sri Lanka.

Resonating through radio airwaves at present is a frightening message, highlighting that 186,000 children and 1.3 million victims die of road accidently annually around the world. This alone addresses the adversity of this issue and depicts the need for adequate attention to prevent unnecessary loss of lives. 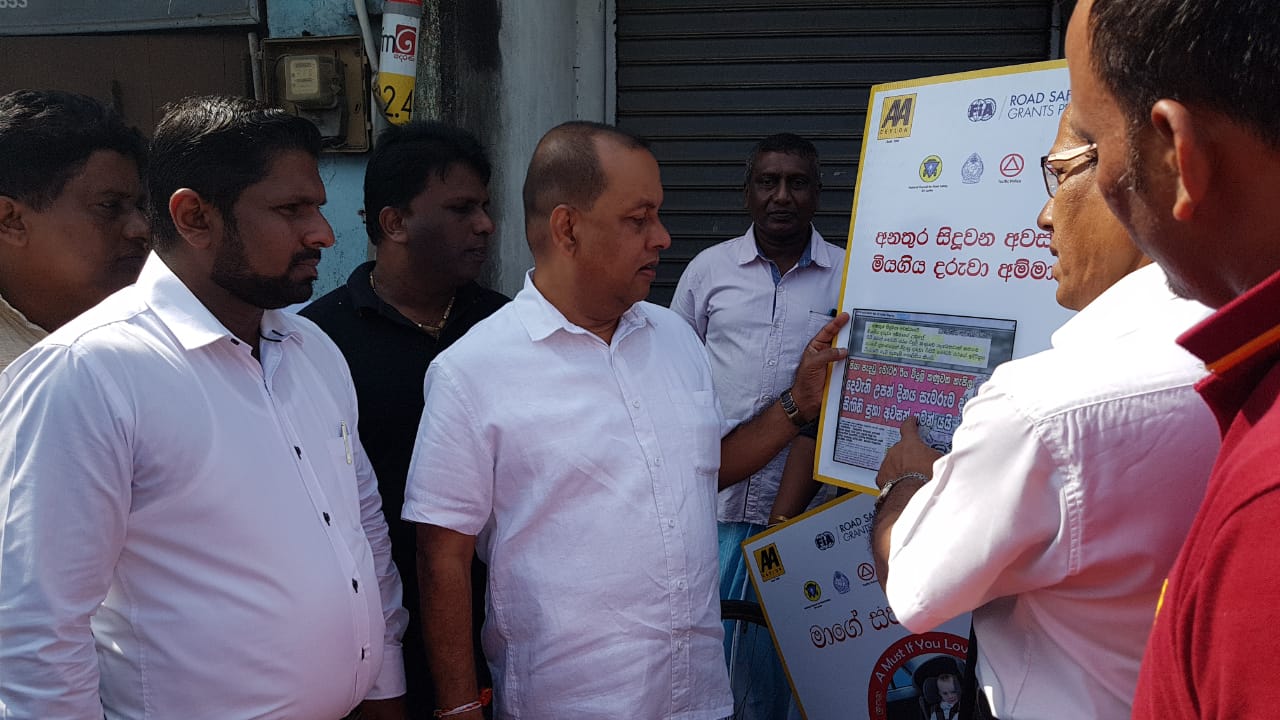 This media campaign was launched at a previously held press conference Presided by AA Ceylon and supported by numerous key figures such as Anton De Mens, Chairman of National Council for Road Safety, SSP Indika Hapugoda the Director of Motor Traffic from the Department of Police. In order to strengthen the campaign, Asian racing car champion Dilantha Malagamuwa was appointed ‘Goodwill Ambassador’.

At this media gathering, Devapriya Hettiarachchi, CEO / Secretary AA Ceylon highlighted the detrimental effects of parents placing their children on their laps when driving. He also noted that only a small number of parents utilize child safety car seats when travelling with young children.

Thereby the campaign themed ‘A must if you love’ was launched alongside a tri-lingual logo depicting a child on a proper car seat. This proved to be a resounding success following the high level of media exposure.

The presence of racing Champion Dilantha Malagamuwa was pivotal as he too highlighted the importance of road safety. Malagamuwa, pointed out that 8-10 people die on the road in Sri Lanka daily, with 3500 death being recorded globally. He also emphasized on the considerable efforts made by the FIA under the UN’s ‘Decade of action for road safety 2011-2020’.

The awareness programmes launched by the AA were substantiated through a series of extensive discussions with regulatory bodies. Endorsement by the Chairman of the National Council for Road Safety resulted in a special awareness program held in Ambalantota with the participation of the Ministry of Transport. It was at this event that the Minister vouched for the introduction of laws on Child Restraining, following an in-depth study of global legislations by the ministerial body.

The bid to continue raising awareness for the cause did not stop there. Demonstrations and awareness campaigns were initiated from AA Ceylon with the participation of staff, members and volunteers.

Demonstrations were conducted in multiple locations via a double decker bus transporting the team. Utilizing a traditional Sri Lankan band with drummers and trumpets to grab the attention of the public, the team was successful in engaging with the public to create awareness on the lack of child restraining laws in Sri Lanka and the importance of public education on the issue.

Awareness programs have been conducted in over fifteen cities in the Western, Central, and Southern province from main roads, public libraries, police stations, shopping malls, playgrounds and offices. Programs are set to be launched in other provinces in the country once the safety of the population from COVID-19 can be monitored.

Car accidentally can largely be labeled as a ‘silent killer’ of children and other victims, killing a large number of people annually, thereby leading to be as deadly as any epidemic. Thus, it is imperative that swift legal measures are taken to prevent the situation from persisting.