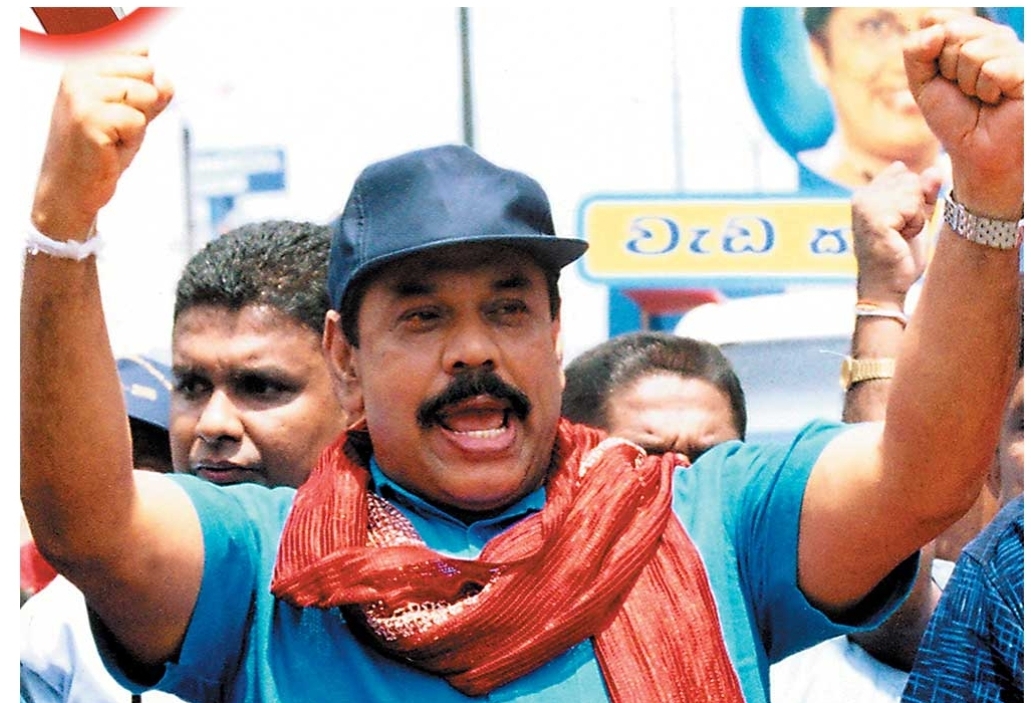 “50 years of political legacy, a legend whom I am fortunate enough to call my father” – Namal Rajapaksa reflects on his father’s 50 year-long political journey

Mahinda Rajapaksa, today, completes his 50th year serving the nation, in dedication and true spirit. While his journey has been an emotional and memorable ride for him and us, as his children, my mother always says, it has all been worth it. To see mother Sri Lanka risen, to see her develop, to see her children strive and to free her from terrorism, are somethings he can now reflect back and be happy with, a feat no other political leader could achieve.

I must admit politics has always been a tough career. Especially while leading a nation. It can either transform you into a strong figure or it can break you in every way possible. The choices and decisions made when you are heading the chair reflect on an entire country, but Mahinda Rajapaksa, despite going through several obstacles, never ever gave up on this country. In 2005, when he was elected to the presidency, he came in promising to free the country from the clutches of terrorism. The killing, the bombs, the loss of innocent lives had shattered him enough. He was desperate for a change and within 4 years, under his leadership, he ended the war, eliminating one of the world’s most ruthless terrorist organizations.

Even then he did not rest. I remember that night when he was informed the war was over, he mentioned to his close confidantes, “our work has now only begun. Let us raise this country to its true potential now that the bombs are over. Let all my people live in peace.”

Mahinda Rajapaksa is one of the greatest political legends this country has seen. His vision is strong, is practical and his dedication is true and sincere. In his career, he has associated with many politicians closely. Today, as my father completes 50 years in politics, he is also joined by Hon. Vasudeva Nanayakkara and Hon. Athauda Seneviratne who also this year completes their 50 years in politics. He has also seen many a son duo combination in Parliament such as Tharaka Balasuriya, his father, and his grandfather, Shehan Semasingha, his father and even his grandfather. The years spent with these politicians within the parliamentary walls, making decisions, is truly a story to itself. Even though the dust keeps settling on the seats, my father still walks down the corridors of Parliament, remembering all these politicians who worked with him, those who worked against him, and those who learnt from him. His political experiences are a treasure to any politician.

Just as the other father duo this country has seen, I too this year complete 10 years in politics. I am what I am today is because of my legend. I can only hope and pray I can achieve even quarter of what he has achieved for this country.

I wish my father the very best in life. May he continue to lead this country for many years more to come. Now just as I shared some glimpses of my father’s journey, I invite you all to share your pictures and memories you’ll have of my father. You can either Tweet it or share it on Instagram or Facebook or even on my blog.

I can only pray that this day brings many happy memories to this political legend. Take care and stay safe everyone.