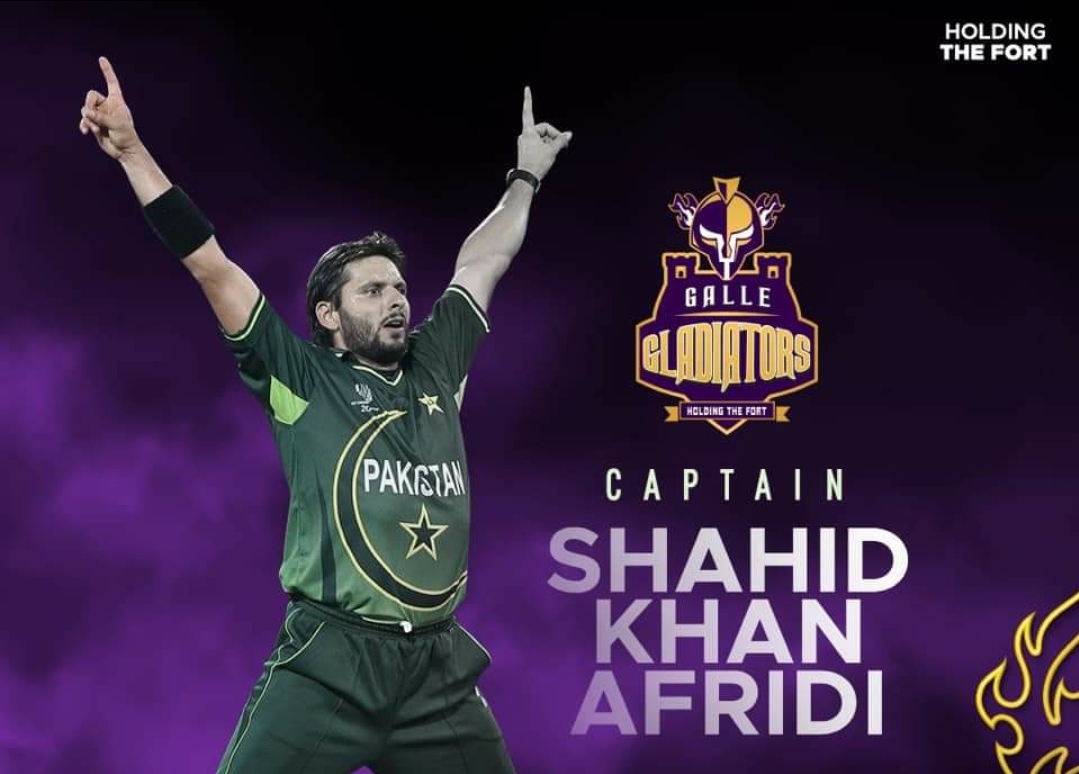 Former Pakistan cricketer Shahid Afridi is set to lead the Galle Gladiators in the inaugural edition of the Lanka Premier League (LPL) with Sri Lankan batsman Bhanuka Rajapaksa as his deputy.

Earlier there were reports that Danushka Gunathilake might captain the side in the absence of Lasith Malinga.

But Galle management has now decided to appoint experienced Shahid Afridi to lead the side with Afridi confirming his participation.

Afridi is expected to arrive in Sri Lanka on 23rd November but with qurantine rules he might miss the opening game of Galle Gladiators.