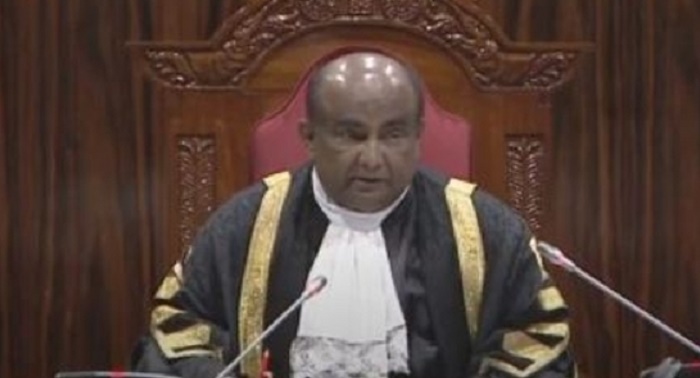 Speaker Mahinda Yapa Abeywardena has taken precautionary measures after his driver had tested positive for COVID -19.

Abeywardena told Colombo Gazette that a driver assigned for his private vehicle had tested positive a few days ago.

As a result, two Police officers from his security detail who had come into direct contact with the driver have been self-isolated.

He further said the officers and driver had stayed in a common accommodation, and are now self-isolated at their own residences.

The Speaker said following the detection, he has taken necessary health precautions, and has remained at his residence over the past few days.

He refuted reports claiming that he has been placed in quarantine, stating that he had instead taken precautionary measures.

Meanwhile, the Parliament will convene from 5th to 8th January, 2021 as decided at the Committee on Parliamentary Business today.

Parliament officials said journalist will be allowed to cover Parliament proceedings subjected to the guidelines laid out at the Committee on Parliament Business. (Colombo Gazette)