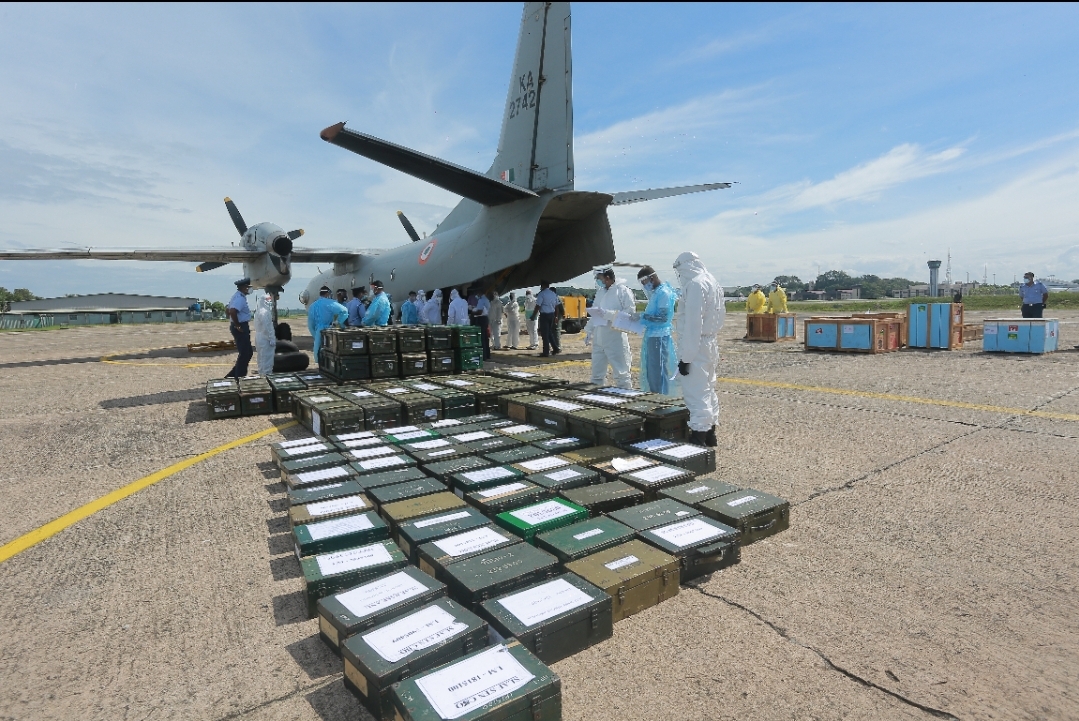 The spares were formally presented to the Commander of Sri Lanka Air Force, Air Marshal Sudarshana Pathirana, by H.E Gopal Baglay, High Commissioner of India, in a grand function organised by the Sri Lanka Air Force (SLAF) at SLAF Base, Katunayake. These spares would ensure continued optimal availability of the radars and provide the much needed redundancy to the SLAF.  Indian Defence Forces have remained committed towards ensuring high operational availability and capacity building Sri Lanka Defence forces, towards realisation of India’s Vision of Security and Growth for All in the Region (SAGAR).The INDRA Mk II radars is mobile 2D radar capable of detecting low flying aircraft. It was developed by the Electronics and Radar Development Establishment (LRDE) wing of the Defence Research and Development Organisation (DRDO). The radar has been manufactured by M/s Bharat Electronics and is the main stay of the SLAF Surveillance capability. With friendly assistance from India, SLAF has been able to maintain 100% operational availability of the system. It is testimony to the technological prowess of India’s defence research and development sector and reliability of the products of Indian defence industry.

The event also marked the successful completion of annual life extension checks of 54 shoulder launched surface to air IGLA Missiles held with Sri Lanka Air Force. The IGLA System was gifted to GoSL by the Govt of India in 2007. Thereafter, Indian Air Force Training Team had assisted Sri Lanka Air Force in setting up of the system and have also conducted multiple courses on the missile system. Further, to ensure the operational availability of the IGLA missiles, they are annually taken by IAF for Life Extension check as a goodwill gesture. The entire expenditure of airlifting the missiles, their Life Extension and their repositioning is borne by the Govt of India, in the spirit of strong and friendly relations between the two countries. The assurance of India’s fullest cooperation in the field of security was recently reiterated to Sri Lanka’s leadership by the National Security Adviser of India, Mr Ajit Doval during the recently concluded trilateral Maritime Security Cooperation talks among India, Sri Lanka and Maldives hoisted by Sri Lanka in November 2020. The expeditious positioning of the spares and the Igla Missiles is indicative of the growing cooperation, camaraderie and friendship between the two nations, with Sri Lanka being accorded the status of ‘Priority One’ partner by India. (IndianHC)