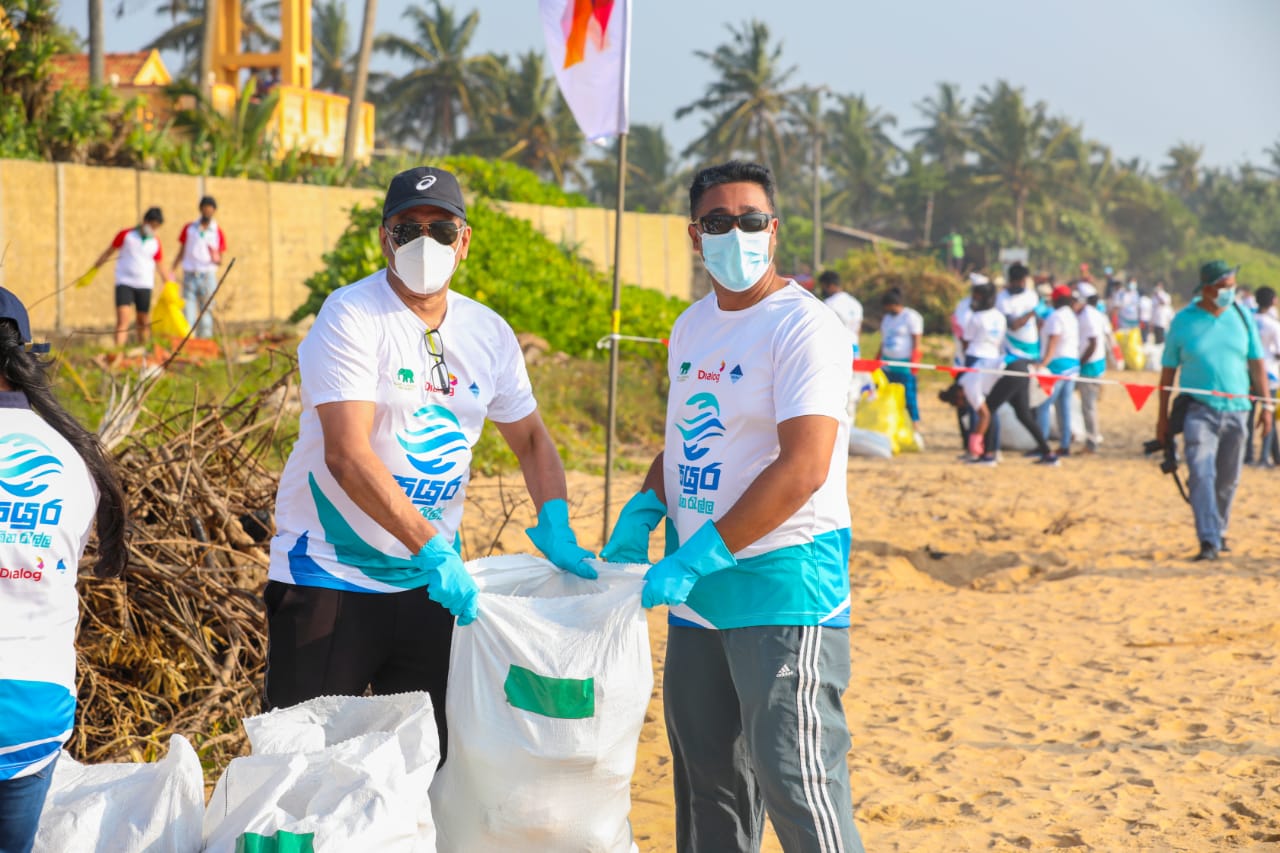 On a balmy Thursday afternoon, Dialog Axiata PLC (Dialog), Sri Lanka’s premier connectivity provider, together with Sri Lanka Rugby (SLR) inaugurated the first phase of the ‘Sayura Rakina Rella’ sustainable beach clean-up programme by the Marine Environment Protection Authority (MEPA) deployed to protect and preserve our oceans. The initiative kickstarted with the collection of over 770 kilograms (KG) of waste material from the Sarakkuwa beach (Negombo) which was handed over to the Wattala Pradeshiya Sabha for its safe and sustainable disposal.

Players from the present Sri Lanka men’s and women’s Rugby teams as well as former Tuskers such as Asoka Jayasena, Hisham Abdeen, Dilroy Perera, Ajith Upawansa, RMS Rathnayake and Jude Pillai, MEPA goodwill ambassadors, musical artists Bathiya & Santhush, young rugby players from the Western Lions Academy, officials from  SLR together with the Dialog team volunteered their efforts to the two-hour clean-up to restore the beach to a pristine condition.

At present, Sri Lanka ranks poorly according to a pollution index transcribed by the World Bank, ranking as the 5th worst beach polluter of the world in 2015, mainly due to poor disposal of plastic waste. On average, a Sri Lankan produces 500g of non-degradable waste per day resulting in a mammoth amount of 100 million KGs of solid waste added into Sri Lanka’s coastal waters, according to 2017 records. During the total two-hour collection process at ‘Sayura Rakina Rella’, 275.89 KG of plastic, 102.6 KG of metal, 83 KG of glass, 250 KG of organic and 63 KG of paper waste was collected.

“We are thankful for Dialog and SLR for coming forward for this important initiative to safeguard Sri Lanka’s natural assets. We at MEPA sincerely hope that these initiatives, in the long run, inspire other sporting bodies, corporates and civil society to come forth and do their civic duty and we believe that initiatives of this nature enable corporates to be an agent of change in building a better tomorrow. We hope that by paving the way for initiatives of this nature, we can turnaround the present status quo especially as the country is on the cusp of opening its borders for tourism,” Dharshani Lahandapura, Chairperson of MEPA said.

“Rugby 7s giants in the Pacific Ocean like Fiji, Samoa and Tonga play most of their rugby on the beaches. They play touch rugby especially on the beach to develop their mind-blowing ball handling skills, which is something that I don’t see much today in Sri Lanka,” Rizly Iliyas, President of SLR said. He further elaborated, “When we were school children, we used to come to the beach often to play touch rugby. However, due to increased pollution, the beaches are not safe to come to as one can easily hurt themselves from household waste that is buried in the sand. Under this sustainability initiative, we would like to discourage the public from polluting and to take on their roles as responsible citizens by following proper garbage disposal methods”.

“As the proud sponsor of Sri Lanka Rugby, Dialog Axiata is pleased to join hands with SLR and MEPA to conserve our marine resources which have been under threat as a result of careless waste disposal,” Harsha Samaranayake, Senior General Manager, Brand and Media, Group Marketing at Dialog Axiata PLC said. “It is our belief that sports, like Rugby with a large following, will be a game changer in influencing its followers and the public on the necessity of preserving one of our country’s greatest natural assets” Samaranayake further said. 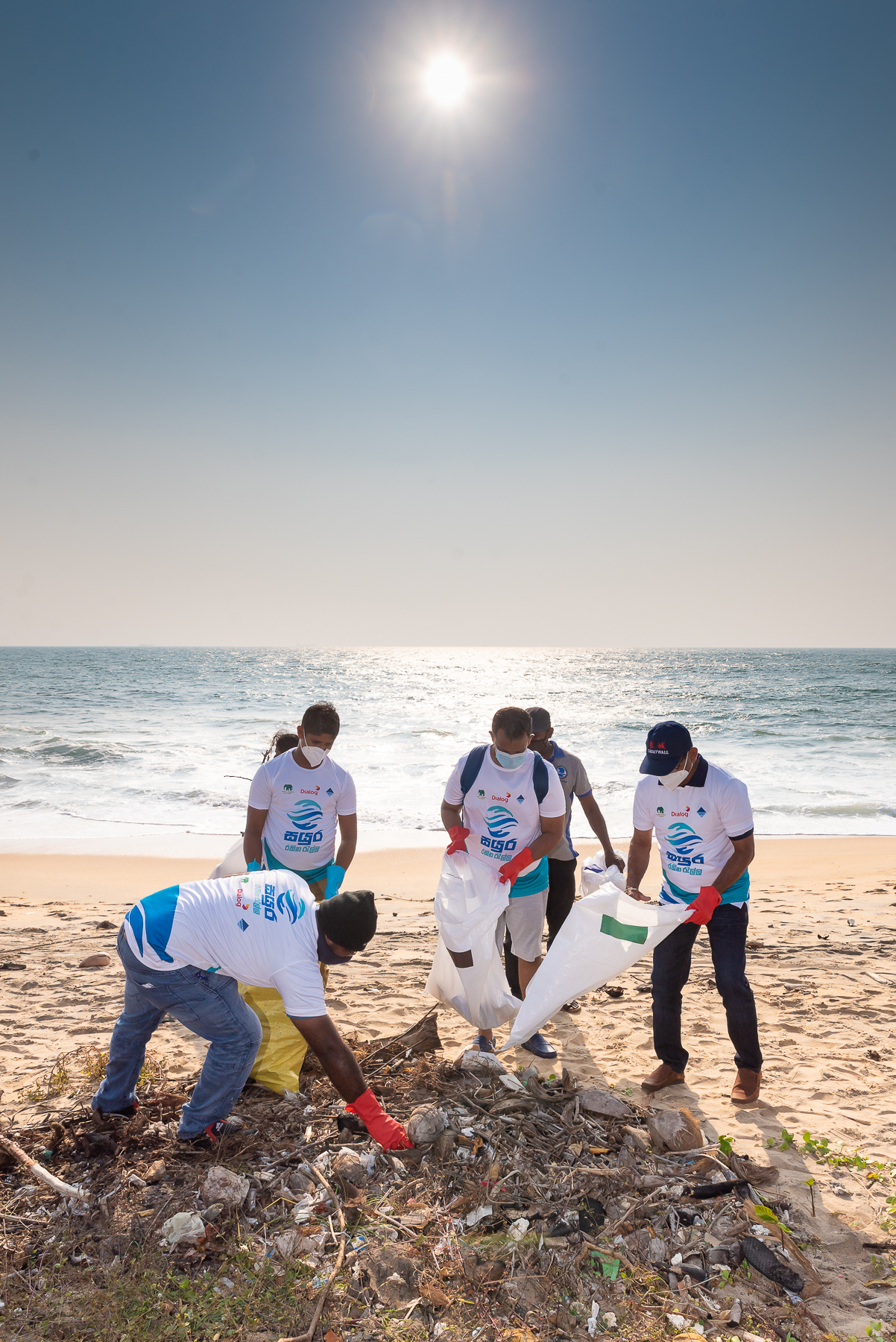 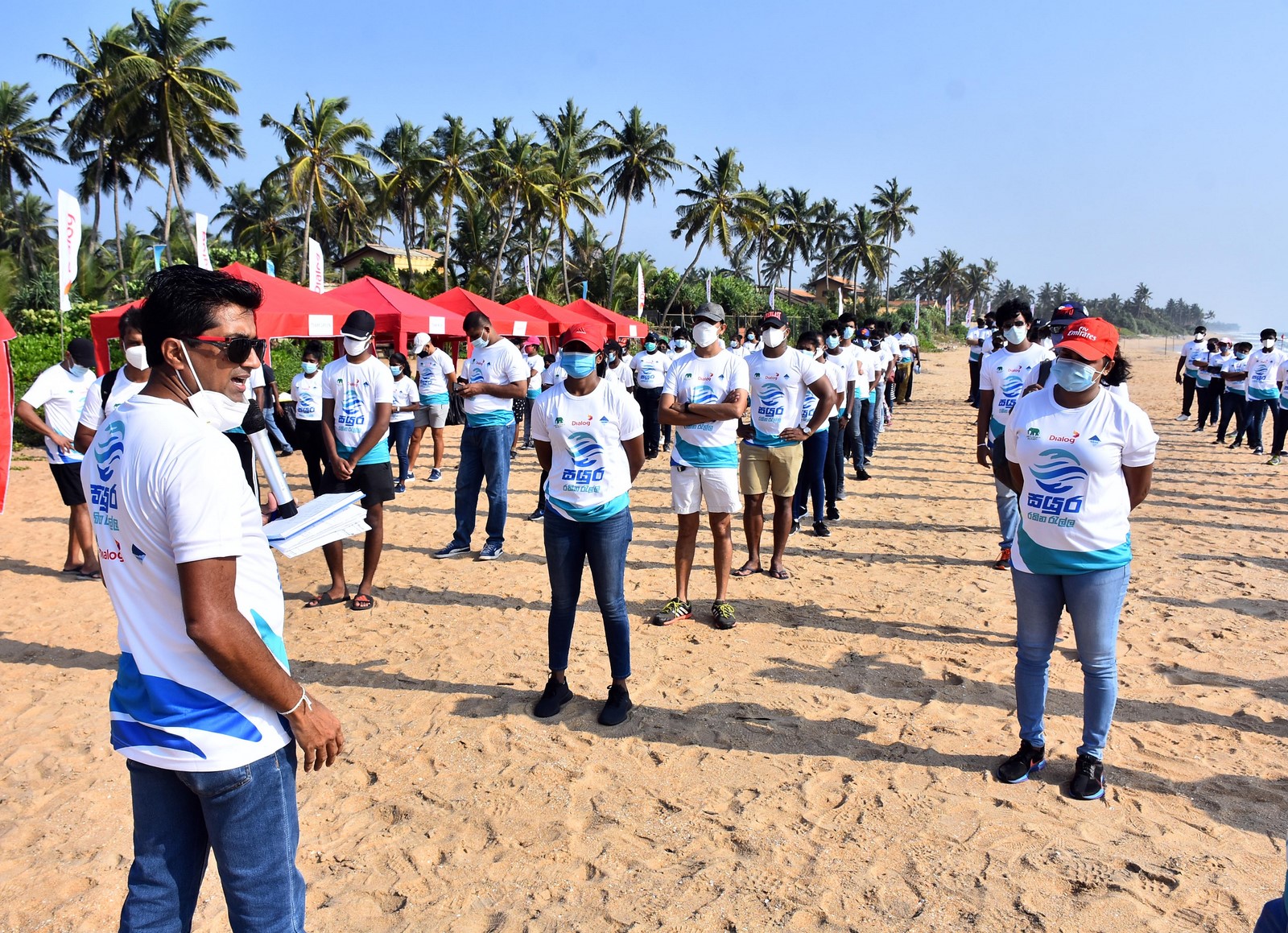 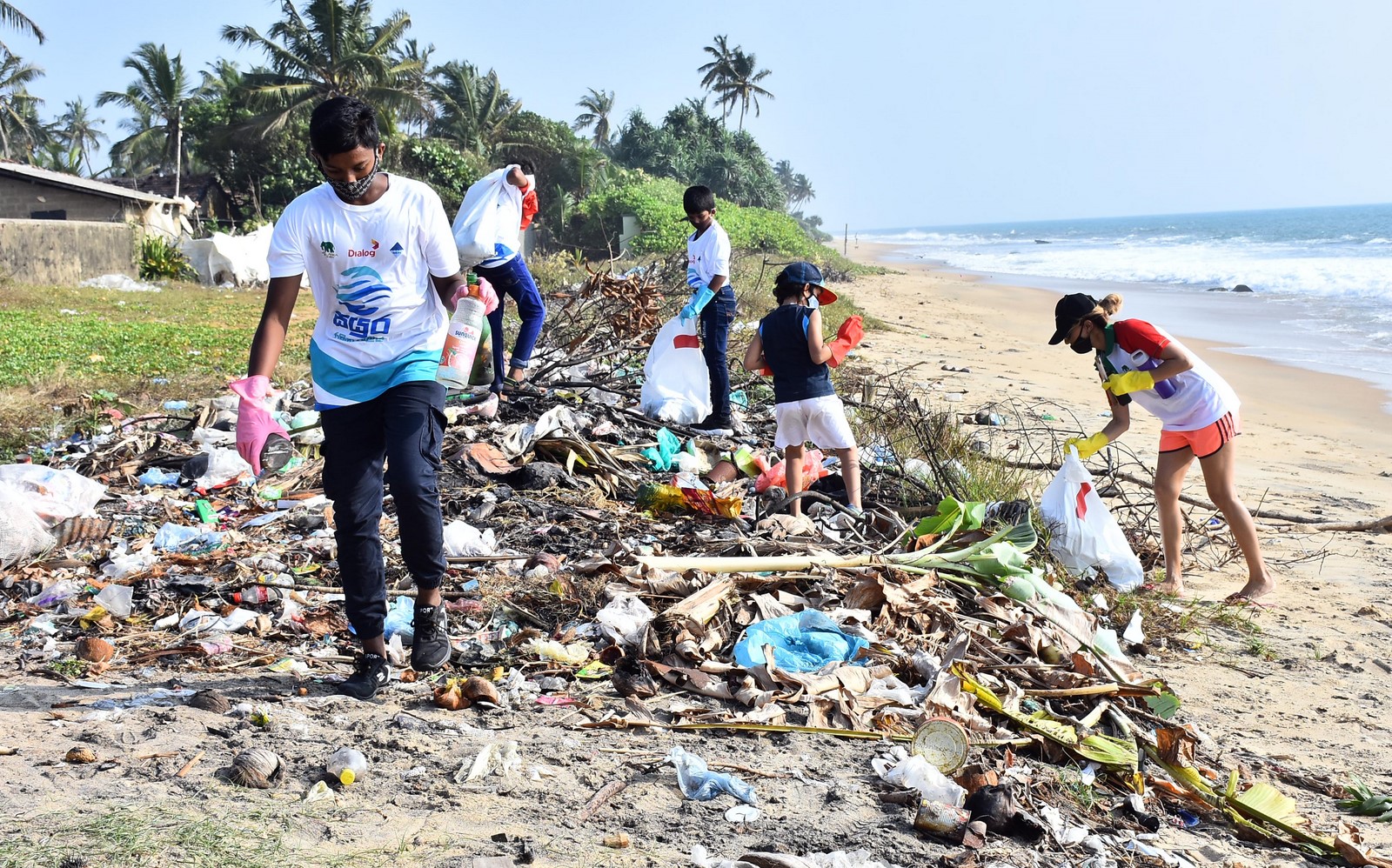 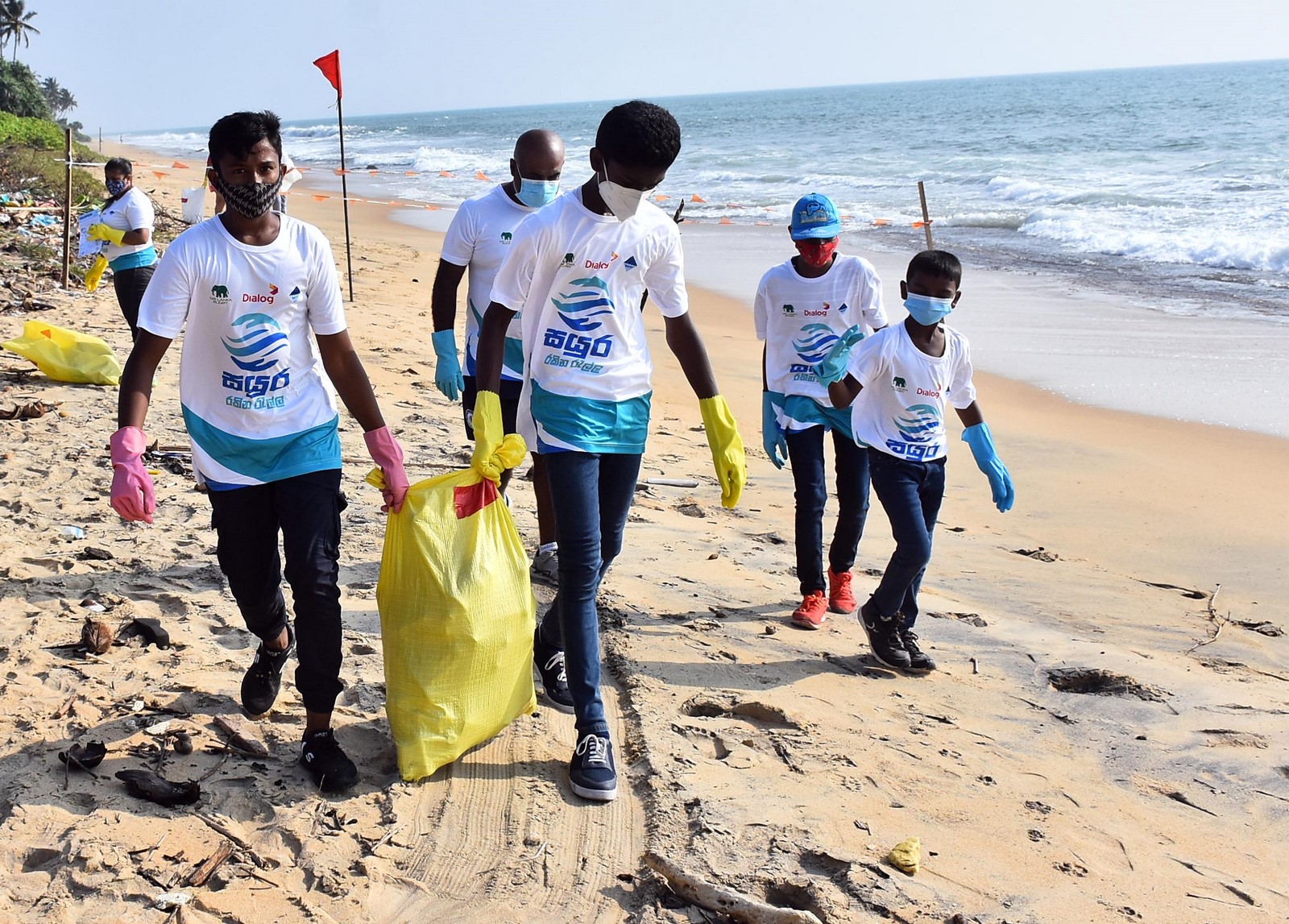