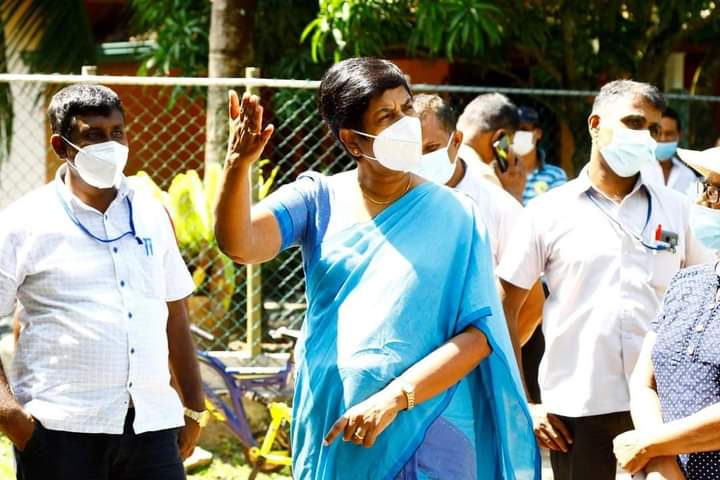 According to the Daily Mirror, the State Minister of Primary Health Care, Epidemics and COVID-19 Disease Control has slammed the officials over certain arbitrary decisions taken with regard to the vaccination drive.

Dr. Sudharshini Fernandopulle told reporters that such arbitrary decisions taken without prior notice have caused difficulties in conducting the vaccination process.

Stating that some decisions were changed and communicated via phone at midnight, she said some crucial decisions were not conveyed properly and that the vaccination programme cannot be conducted under such a system.

State Minister Fernandopulle said the Health Ministry had initially conducted the programme under a defined and particular system, but the procedure has fallen through at present.

Pointing out that the vaccination process has been manipulated in the country, she said guidelines given by the technical committee and instructions given by the President have now been taken for granted or disregarded.

Dr. Sudharshini Fernandopulle further said despite being vested with powers over COVID-19 Disease Control, she has been sidelined for certain meetings, while some vital decisions were also not conveyed to her. (NewsWire)