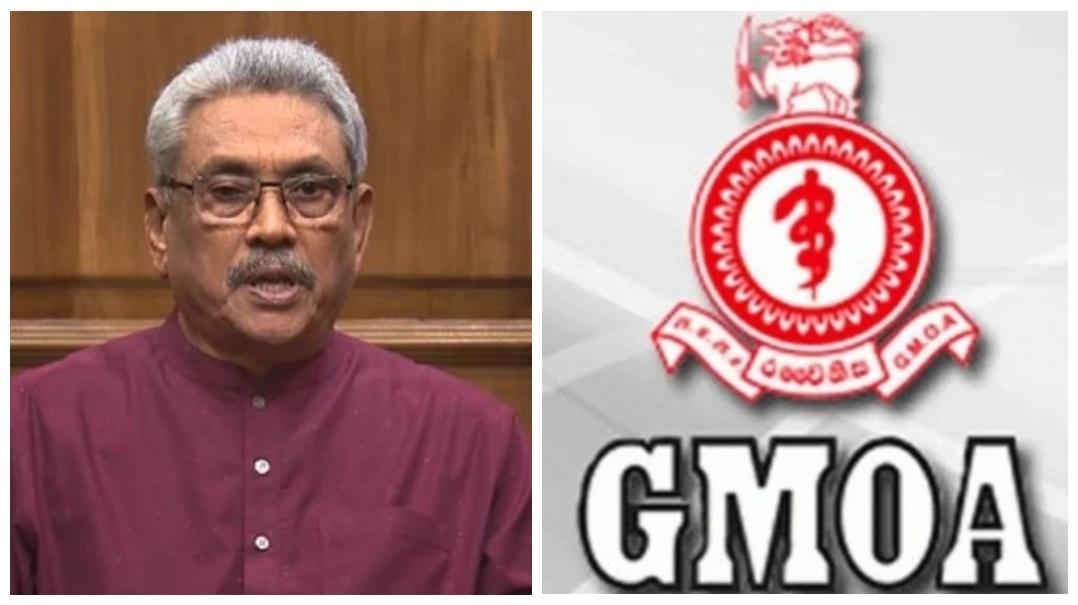 Issuing a statement, the GMOA pointed out that certain banks were imposing a fine for the early settlement of loans.

The GMOA further said the banks were also charging an interest rate for those settling pending loans at an earlier date.

Therefore, the GMOA called on the President to eliminate the ‘Early settlement fee” and to reduce the interest rates charged during the early settlement of loans. (NewsWire) 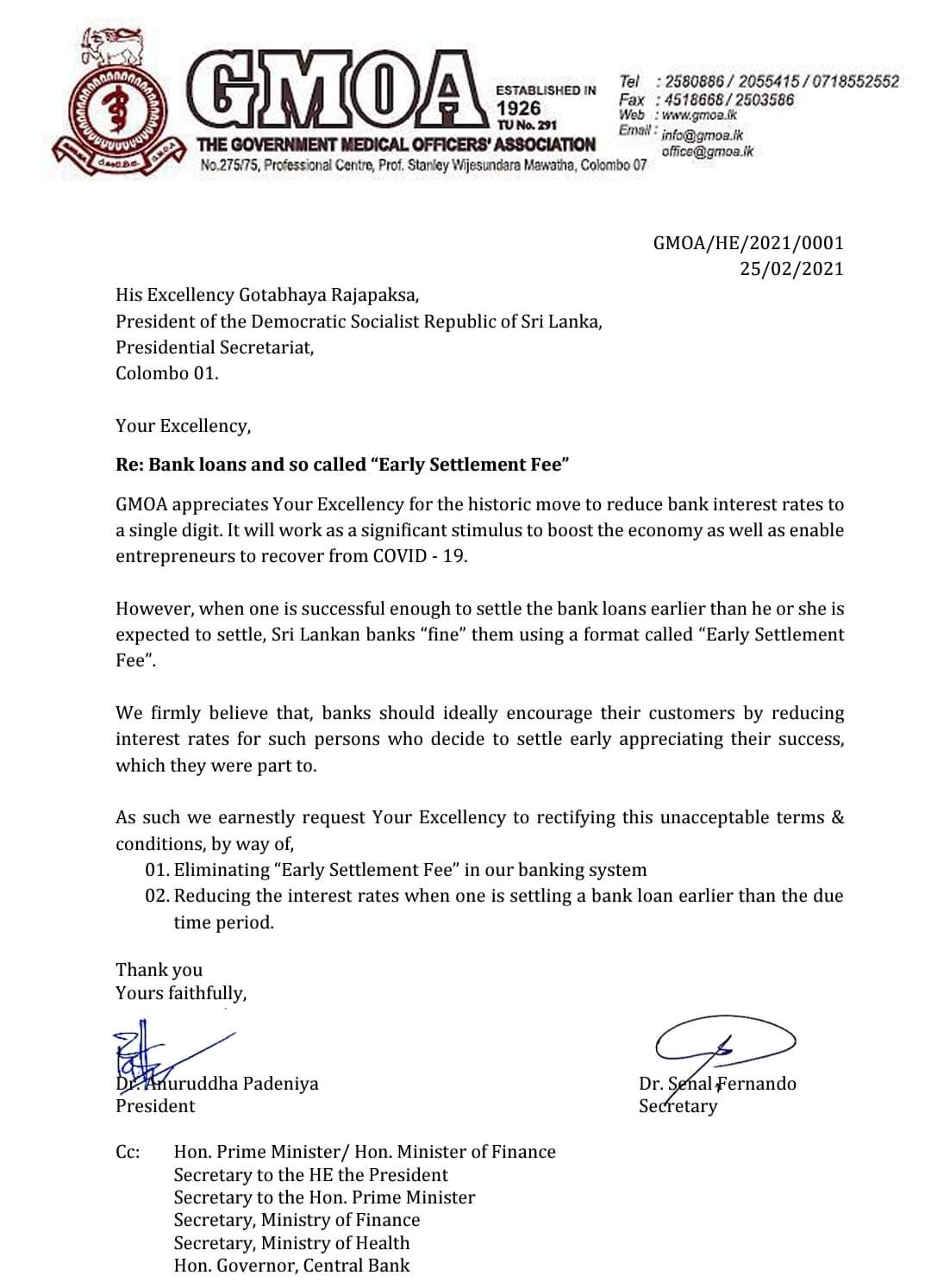