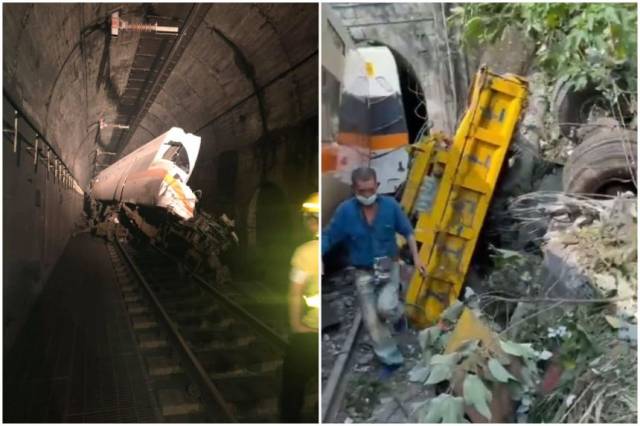 At least 36 people were killed and dozens more were injured when a train derailed in Taiwan on Friday after apparently hitting a truck.

The train was carrying around 350 people, the country’s fire department said, thought to include many tourists and people heading home at the start of a long holiday weekend.

The railway line from Taipei down the east coast is renowned for its tunnels and route that hugs the coast just north of Hualien where the crash occurred.

Taiwan’s extensive rail system has undergone substantial upgrades in recent years, particularly with the addition of a high-speed line connecting the capital Taipei with cities to the south. (NBC)