MS Dhoni meets his younger self in an emotional video 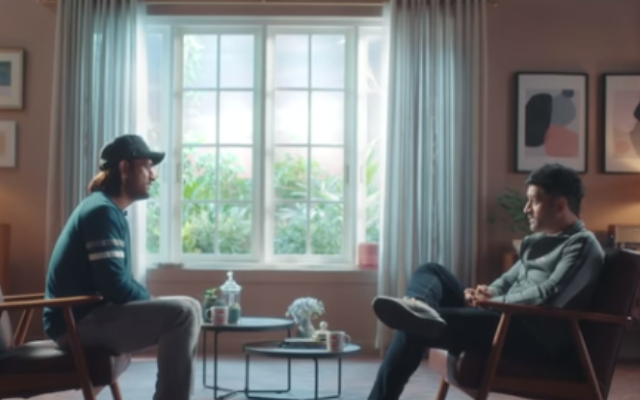 On the 10th anniversary of the Indian cricket team’s World Cup 2011 triumph, an emotional video of MS Dhoni has surfaced on the internet. The video is sort of a commercial made by Gulf Oil, a company that has been closely associated with the former Indian captain. Over the years, Dhoni has appeared in many of their commercials, but this new one just takes the cake.

The commercial has a unique concept in which they show an interaction between the Dhoni of 2005 and the Dhoni of 2021. The cricketer is seen in a double role. On one side, we see Dhoni with his iconic long hairs from 2005, while on the other side, we see the captain with his current look.

During the interaction, the 2021 Dhoni is seen praising the 2005 Dhoni. The Jharkhand cricketer made his international debut for India in 2004. His arrival at the international cricket was absolutely magnificent. He scored 148 against Pakistan in only his fifth ODI in 2005. Later that year, while batting at no.3, he scored his highest ODI score of 183 not out against Sri Lanka.

There is a brief moment where the 2021 Dhoni mentions this knock in the commercial. He further tells to his younger self that there could be times in the future that you have to bat lower down the order to take responsibilities. This is in reference to the fact that Dhoni burst out on the scene with centuries at top of the order, but later on, had to demote himself to handle the middle and lower-middle order.

During the interaction, the younger Dhoni asks his older self which has been his favourite knock. To which the 2021 Dhoni says, “It has to be the World Cup finals. To hit that six and finish off the match was an outstanding experience.” This is also when the 2005 Dhoni realizes that he would be winning the 2011 World Cup and lift the trophy at the Wankhede in Mumbai.

The video was uploaded to the YouTube channel of Gulf Oil India. The final message of this video represented the consistency that the former Indian wicketkeeper-batsman had shown during his international career of 15 years. Dhoni will be seen in action in the upcoming season of the IPL. (crictracker)