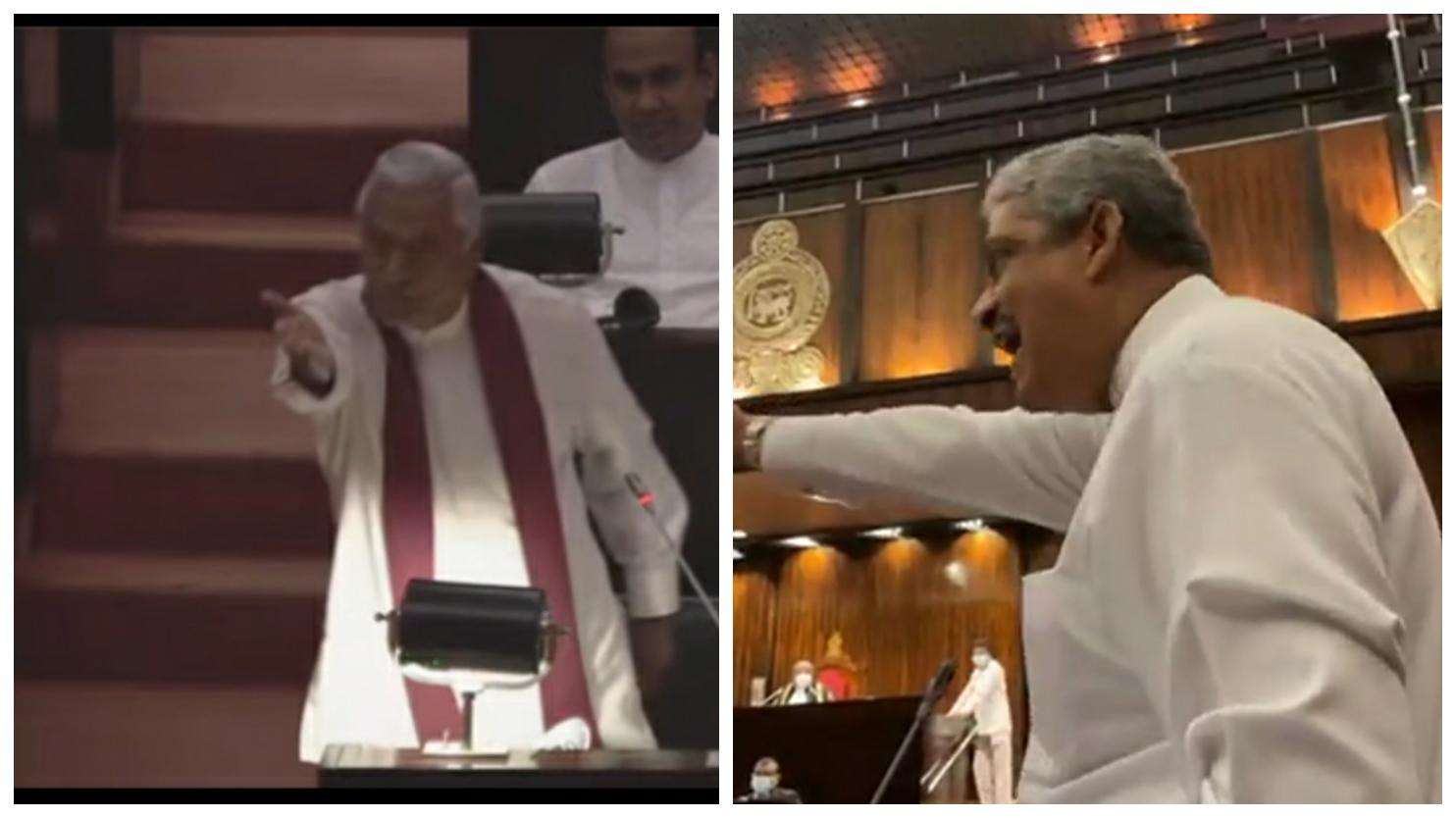 The Minister and the Samagi Jana Balawegaya MP challenged each other for a brawl outside the Parliament chambers.