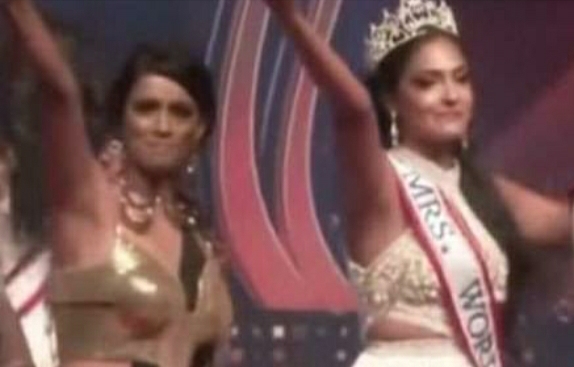 Mrs. World 2020 Caroline Jurie and former model Chula Padmendra have been released on Police bail, after they were taken into custody earlier today.

The two women were arrested over the controversial incident that took place at the Mrs. Sri Lanka for World Pageant held in Colombo on Sunday (04).

The Cinnamon Gardens Police said Jurie and Padmendra were arrested after they arrived at the Police station to record statements over the incident.

Jurie had uncrowned Pushpika Silva who was announced as the winner, over allegations that she was divorced and cannot contest the event. Chula Padmendra had supported Jurie’s actions at the event.

Pushpika had later initiated legal action against the two women, after announcing that she was not a divorcee.

The organisers of the event later re-crowned Pushpika at an event in Colombo last evening. (NewsWire)