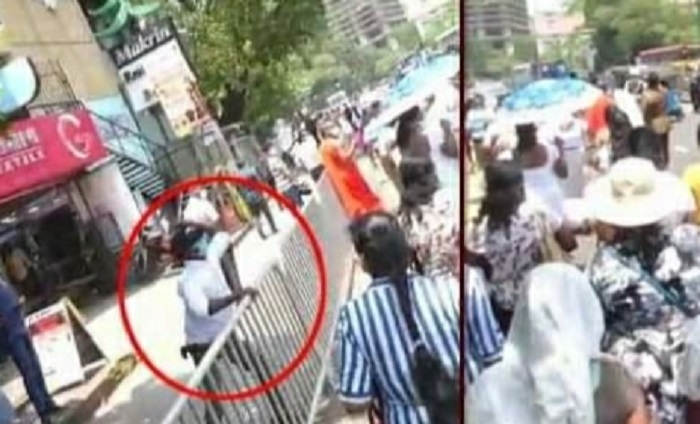 Video footage has been released on an individual pelting stones at a Jeep belonging to the Fort Police station during a protest in the area today.

The man had pelted stones at a Police jeep after it had passed by protesters who were passing the Fort railway station during the protest march.

The suspect was arrested along with Venerable Jamburewela Chandrarathana thera by the Fort Police over the incident this afternoon.

The Fort Police have commenced investigations into the incident. (NewsWire)