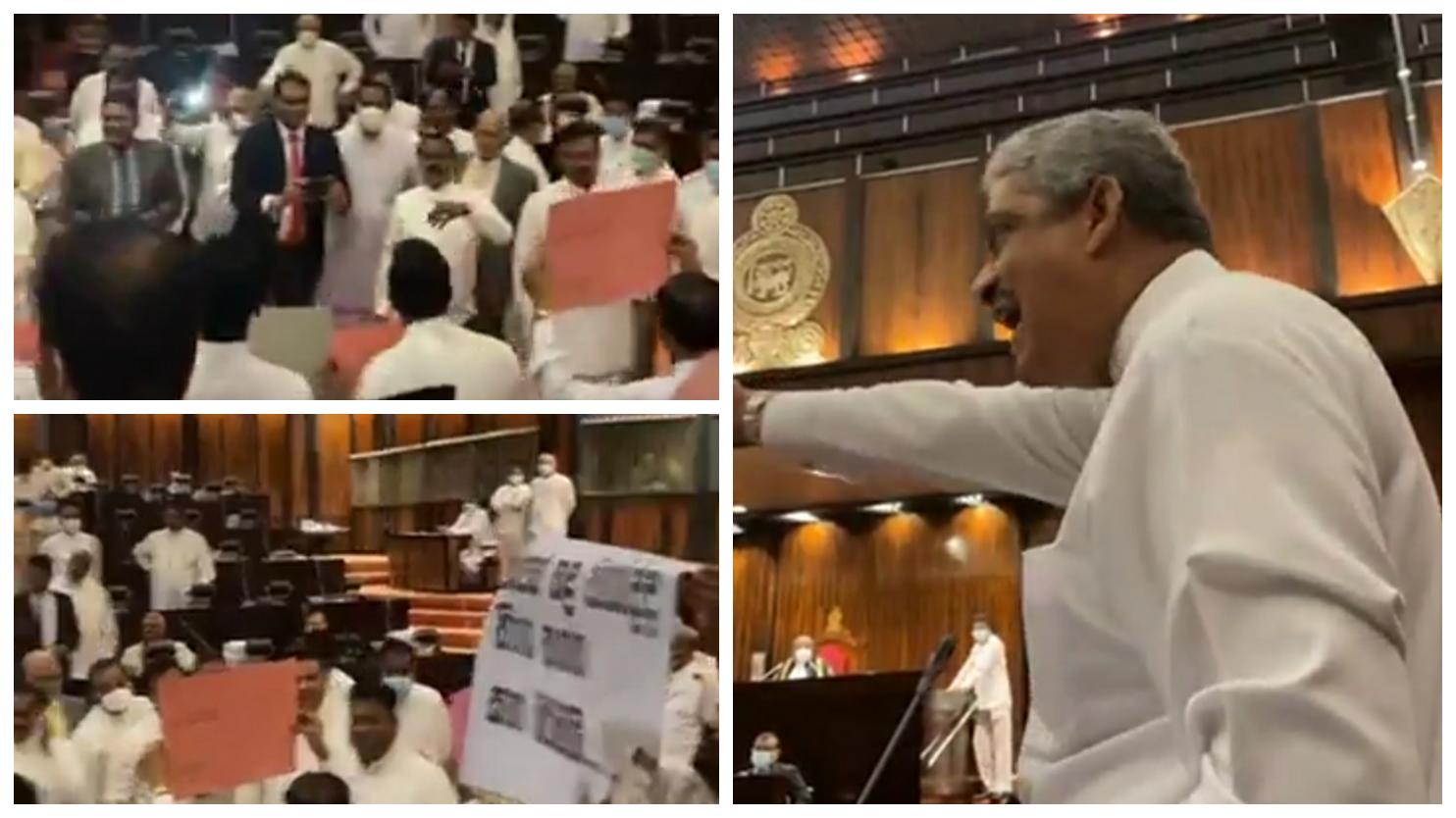 Parliament proceedings were adjourned for 5 minutes after a tense situation arose today.
A tense situation was reported after Samagi Jana Balawegaya member Ranjan Ramanayake’s seat in Parliament was raised by Opposition MPs.

Members of the Opposition wore black bands for the proceedings today to protest the Speaker’s decision on Ranjan Ramanayake’s parliamentary seat.

The decision comes, after the Court of Appeal rejected a writ application filed by the SJB member seeking an order to prevent him from being removed as a member of Parliament.

Ramanayake was sentenced to four years rigorous imprisonment by the Supreme Court on charges of contempt of court.