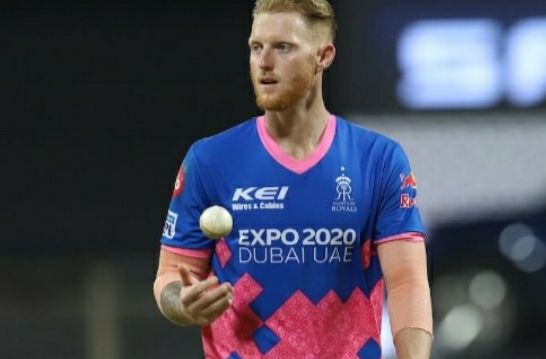 England all-rounder Ben Stokes has been ruled out of the entire Indian Premier League (IPL) season. He featured for the Rajasthan Royals (RR) in the match against Punjab Kings on Monday which went down the wire.

Stokes has been ruled out due to an injury he sustained while taking Chris Gayle’s catch.Soon after completing the catch, he felt discomfort in his left hand and was seen sitting in the dugout getting treatment. He bowled only a single over in the match and though the left-hander came out to open the innings, he couldn’t open his account.

This is a huge blow for the Royals who finished at 8th place last season and they were banking on Stokes who is considered as one of the best all-rounders in world cricket.

The Independent reported that news of Ben Stokes being ruled out of the entire season. The report also added that he will stay in India for around a week before flying back home. Stokes is expected to have an X-Ray on Thursday and determine the damage done before the England and Wales Cricket Board (ECB) takes over the matter to plan his recovery. (CricTracker)