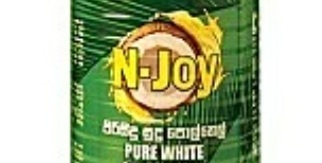 All coconut oil stock under the brand ‘N-Joy’ has been instructed to be withdrawn from the local market.

The Consumer Affairs Authority (CAA) announced to withdraw all coconut oil stock under the brand ‘N-Joy’.

The CAA said tests carried out on the coconut oil products yesterday (28) have revealed the presence of carcinogenic aflatoxin.

N-Joy coconut oil samples were initially tested at the labs of Peradeniya University, while a second test was conducted at the Institute of Industrial Technology.

The CAA said both tests had confirmed the presence of aflatoxin in the samples.

Following the detection, the CAA has decided to remove the coconut oil from the market and had also sealed the warehouse of N-Joy at Grandpass yesterday. (NewsWire)