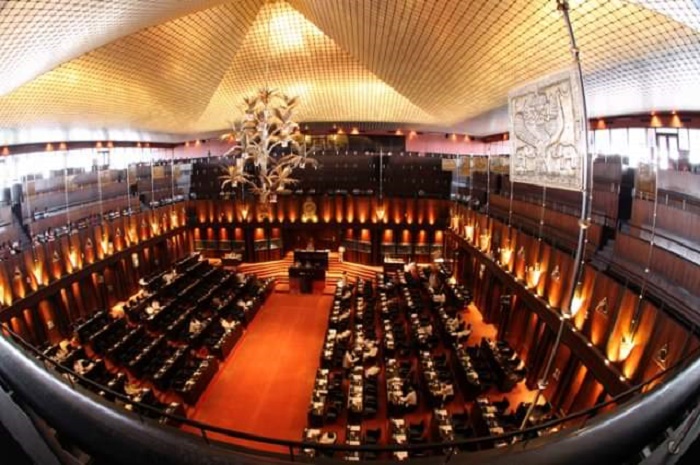 The Parliamentary debate and vote on the Port City Economic Commission Bill has been postponed.

The Seargent -at-Arms of the Parliament announced that the debate and vote which was scheduled for tomorrow has been postponed.

A decision has been taken to postpone the scheduled Parliament proceedings as the Speaker is yet to receive the Supreme Court determination on the Port City Economic Commission Bill.

Earlier, the Opposition had also claimed that the Government had disregarded its requests and had fixed the debate on the Port City Economic Commission Bill limiting it to one day. (NewsWire)

Supreme Court of #SriLanka has not yet forwarded its determination on the petitions filed on the constitutionality of the Colombo Port City Act. So the debate scheduled for tomorrow has to be postponed. pic.twitter.com/UBR7815EtT