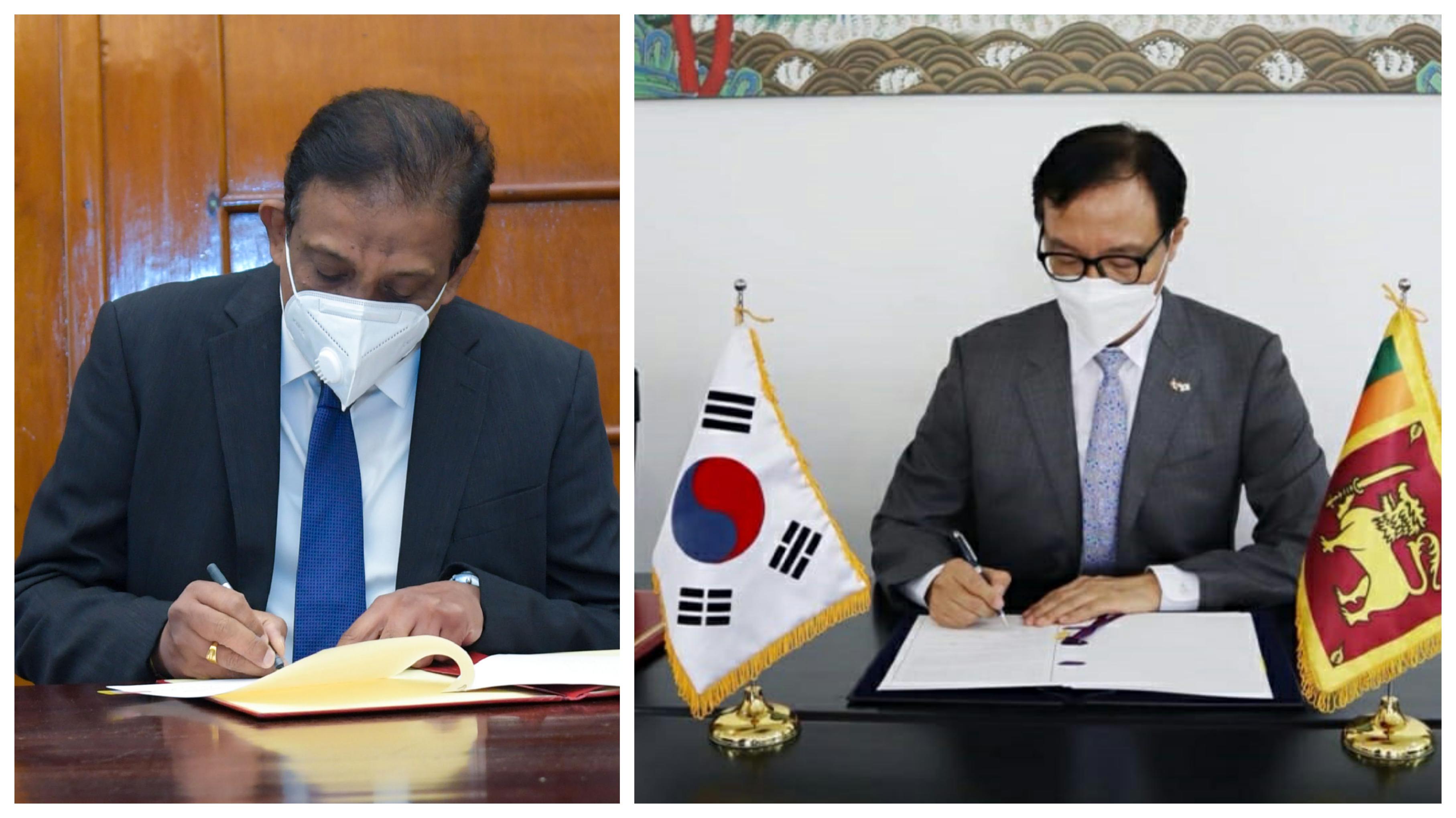 In order to further strengthen the economic cooperation between two countries, the Government of Republic of Korea has agreed to provide concessional loans from the Economic Development Cooperation Fund (EDCF) of the Export Import Bank of Korea (KEximbank).

Accordingly, the Government of Republic of Korea and Government of Sri Lanka have agreed to sign a new Framework Arrangement for the period of 2020-2022 to obtain loans through EDCF up to an aggregate commitment amount of USD 500 million to finance projects mutually agreed.

The loan interest rate on this concessional loan is about as low as 0.15% -0.20% and the loan has a repayment period of about 40 years with a grace period of 10 years.

In addition, the two sides agreed to continue the Korean Exim Bank Representative Office, which was opened in Colombo in January 2016 by its Chairman, to further implement the projects in a well-coordinated manner.

The Framework Arrangement was signed today (on May 10, 2021) by Mr. S R Attygalle, Secretary, Ministry of Finance on behalf of the Government of Sri Lanka, and Mr. Woonjin Jeong, His Excellency the Ambassador of the Republic of Korea, representing the Republic of Korea