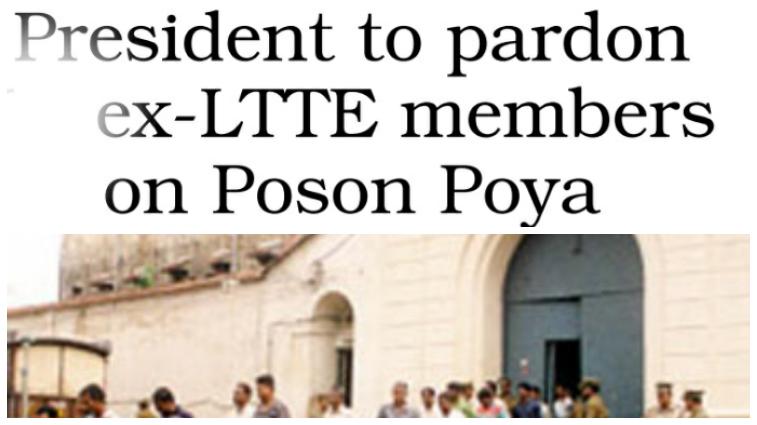 Today’s Ceylon today newspaper reported that 17 prisoners who have been imprisoned for many years are due to be granted a Presidential pardon in view of Poson Poya.

Minister Lohan Ratwatte had told Ceylon today that since the said prisoners had worked for the LTTE, they had been serving prison sentences for many years.

The State Minister also said these prisoners have served more time than the punishment due to them because of the allegations that targeted them.

Ratwatte said attention will be focused on this fact and arrangements will be made to release them under a Presidential pardon following legal advice.