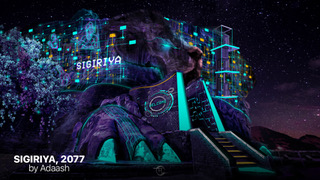 Non-fungible tokens (NFT) are a new and unique form of buying and selling digital files and one that has been revolutionizing the world of digital art. Following many NFT auctions from across the globe Urban.lk hosted Sri Lanka’s first ever NFT auction on the 12th of June 2021 which took place as a 24 hour digital auction.

A total of 10 NFTs, with 7 pieces of digital art and 3 photographs were auctioned off at the online auction. Urban.lk partnered with Sri Lankan artist Adaash Lanthra (Deluge of Ash) to create the headliner of the auction “Sigiriya 2077” depicting a cyberpunk version of the Sri Lanka’’s Proud World Heritage site, Sigiriya. The founders of Urban, Kalana and Malinda Muthumuni added “Sigiriya is a powerful symbol of technology and art, so we wanted to have a depiction of futuristic Sigiriya, leading Sri Lanka’’s NFT auction” “Sigiriya 2077” was sold to Prageeth Liyanage for $1,275 after an intense bidding war with a total of 32 bids, where investment companies, startup founders, crypto enthusiasts and aesthetes competed for the NFTs until the last second. 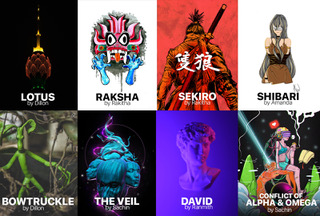 “Raksha ” by Rakitha Seneviratne (Nudleface), a depiction of a Sri Lankan apotropaic demon mask, was sold for $203 to Hyperion Ventures. “Lotus,” a capture of Colombo’s Lotus Tower by Dillon Ravindu De Silva was sold for $150 to Nithushan Uthayakumar.

Ranmith Welikala’s stunning capture of Michealangelo’s masterpiece David was sold for $110 to Hyperion Ventures, securing them their second NFT win from the auction. Rakitha’s “Sekiro,” a digital art of a character from the video game of the same name, was sold for $55 to Ammar Moulana.

Nine out of the ten NFTs put up for auction secured bids amounting to a total of 69 bids and collectively raised over $2000.

For the auction, Urban.lk partnered with Colombo Taprobane Round Table 3; for their project “Kids off the street” that helps underprivileged children in the country, and a portion of the profits from the auction was contributed to them.

Urban.lk, is a homegrown startup that continues to revolutionize both e-commerce and digital art landscapes of Sri Lanka. Earlier this year Urban.lk launched the gallery section, which allows local digital and canvas artists to commercialize their products easily by selling framed copies of their work. Urban.lk took this to a step further by connecting these artists to the NFT market.

Urban.lk will be launching a fully fledged NFT platform later this year, which will connect artists and collectors all over the world.

In the meantime, stay tuned to nft.urban.lk, where more auctions will take place in the upcoming months.