Former President Maithripala Sirisena today denied the allegation that he offered Inspector General of Police (IGP) Pujith Jayasundara, a number of perks if he took responsibility & resigned over the Easter Sunday attacks.

Former Defense Secretary Hemasiri Fernando had told the Presidential Commission of Inquiry (PCoI) investigating the Easter Sunday attacks that on April 24, 2019 then President Sirisena informed Jayasundara that if he accepted responsibility for the co-ordinated terror attacks on April 21, 2019 and resigned from his position, he would be given pension and a position as an Ambassador in any country he wished to serve.

Former President Maithripala Sirisena denied the allegations levelled by the former defense secretary and also said he is ready to testify before the Presidential Commission of Inquiry if he gets an opportunity. (NewsWire) 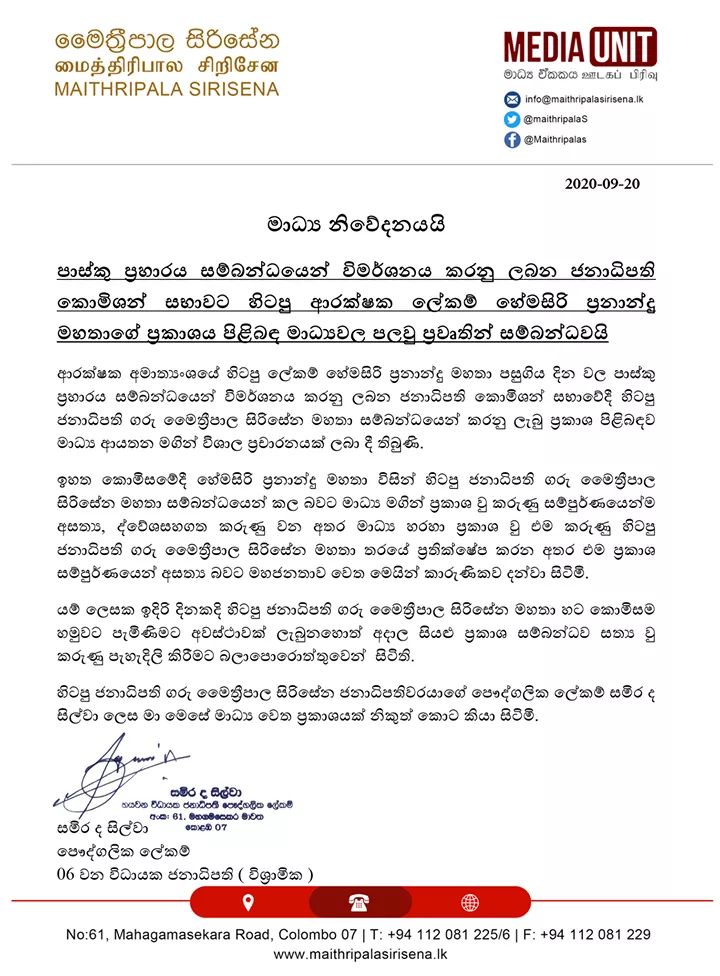