“The biggest mistake done by this Government and the Health Ministry was to claim that we had “conquered” Corona. Then everyone became complaisant. Most people stopped wearing masks also. There’s no point trying to make world records (coming 2nd in the world) for having managed Corona, we should have focused on creating a Sri Lankan record by, making sure we properly managed things here. Then automatically we would have got international recognition,” said a worker now in quarantine in Kalutara.

On the 5th of October, 2020, a total of 1,394 Brandix employees of the Minuwangoda facility were tested for COVID-19, of which a cluster of 567 employees were confirmed positive as at 6th October. However, to date, that cluster has grown to 1500+ (including family members, relations and close associates of this cluster.) This cluster is said to have originated from one or many of the 48 workers flown in from India on a special chartered flight, by Brandix. However, Brandix in an official statement outright denied that this was what caused the cluster, as they claimed to have followed all mandatory Government regulations related to COVID-19. It was subsequently revealed that PHIs had not supervised the quarantine process of these 48 workers, as per their mandate. This shows clear complicity by the Government in relaxing/overlooking regulations with regard to Brandix.

Garment industry workers and Manpower workers are particularly vulnerable to the rapid spread of the virus, due to the sheer numbers working side by side in one enclosure, and their shared accommodation in close proximity to one another. Manpower workers are further vulnerable due to their lack of union representation, and no employer being willing to take responsibility for them.

This recent outbreak is being widely being considered as the second wave of the Corona virus in Sri Lanka. Whilst it is still unclear how extensive the spread of the virus is currently, Positive cases have been reported from most parts of the country, and therefore containing it will be a significant challenge. The Government continues to maintain that the outbreak has not yet progressed to a ‘community transmission’ level, but, without conducting widespread random testing, this news cannot be viewed as assuring or accurate. It now seems to have become the sole responsibility of the public to protect themselves and take necessary precautions, as it’s very unclear how widespread the virus is in the community.

The manner in which the Government and the military has handled this recent crisis, considering the way they have dealt with women workers in particular, has been very problematic. The lack of clear information/awareness, unsafe transportation, unsanitary quarantine facilities, and failing to conduct PCR tests prior to loading workers onto buses and upon admission to the centre, is in clear violation of basic COVID-19 regulations said to be adhered to by the Government.

On the 11th of October (Sunday), at approximately 10.30pm, 45 garment factory workers (including 25 women, 1 pregnant woman and 2 children) from Liyanagemulla, Katunayaka, were rounded-up by the military, and taken by bus to a makeshift quarantine facility in Kalutara. Workers had been told that there had been some COVID Positive workers residing in the neighbouring hostel, and that therefore, they had to be quarantined too. “We were given seconds to get our things together and get into the bus. We were barely able to pack one change of clothes. We didn’t even have time to pack a comb! The military told us not to try and run away, that the entire place was surrounded. They (the military) treated us like prisoners. Like we had committed a national atrocity (jathika aparadayak),” said workers. They were apparently told that we were being taken to Veyangoda, but, had wound up in an isolated part of Kalutara, where the signals are very low.

At about 12.30am that same night (12th early morning), 53 workers (including 35 women and 1 child), from Avariwatte were woken up and herded into a bus in a similar manner. “The military came in the middle of the night and gave us only 10 minutes to pack our essentials and get onto the bus. The military told us not to delay them, because they had been having sleepless nights and were very tired. We have no time to check. We are overworked. I had just received my Negative PCR test 2 days ago. I wasn’t even given the chance to tell them this. They didn’t allow anyone to speak! They just herded us into buses and took us away,” said a worker from Kalutara.

They went on to collect more workers from the Katunayaka, Seeduwa, Negombo and Amandoluwa areas, and finally left Katunayaka at 5.30am on the 12th of October.

They had finally reached Kalutara, 12 hours later, at 12.30pm, having not been given any food or even a drop of water until then. Once there, they had been given some food, but, it had been uneatable. The facility itself has not been cleaned, toilets were flooded and unsanitary, and they had yet (as at 13th Oct.) to be seen by any health professional or PHI. Only the military was there at the site. No PCR tests had been conducted on any of the workers upon admission to the centre. “We have heard rumours (kata katha) that a doctor is supposed to visit us, but, nothing has been communicated to us officially as yet,” they said.

Today the workers had been given basic essentials such as slippers, soap, washing powder etc., Workers claim that there were about 400-500 workers currently at the facility. Some rooms have upto 6-7 workers per room, some have 3-5. About 30 workers are made to share 2 bathing areas, 2 toilets and 2 sinks. (There are 4 sinks but only 2 have water.)

The military had told them that they had not been able to clean up the facility as yet, but, that they would do so soon. They have also promised to provide them with better food but, so far the food had been insipid. They have been told that nobody can leave the facility. Workers fear that if one/some workers are infected, that it will spread fast to all of them, as there are no proper safety protocols in place at the makeshift facility. “The room floors are dusty and the toilets are filthy. We are not used to living like this, so we cleaned up our rooms and toilets ourselves. If we continue to live like this, even if we don’t get Corona, we’ll get other diseases because of these unsanitary conditions here. If they don’t manage this situation better, we will be forced to change the Government we voted in,” they said.

“I have had a heart attack, have two blocks, and am taking many medicines. If I get Corona now that I’m here, I might not even survive. This place is not even fit for dogs! We now want to beat ourselves for voting for them,” a worker said angrily.

“We were all prepared to self-quarantine. We had purchased goods for upto Rs. 20,000 and were prepared to stay home, as two sisters had been tested positive at a nearby annexe. We are all very vigilant. Even the two sisters, went privately to get tested to the Negombo hospital, because they were feeling unwell. After they tested positive, they quarantined themselves. We were all prepared to self-quarantine as a precaution, even though we hadn’t tested positive. What the Government should have done, is test everyone and isolate those who tested positive and allow the rest of us to self-quarantine, because we have our own annexes and toilets etc., They (the Government and military) think they’re managing everything properly and preach to us about safety precautions and lock us down, but, when herding us into buses together and putting us away in unsanitary/unsafe places to quarantine, none of these safety protocols seem to apply,” workers complained angrily.

We are not opposed to following Government regulations and quarantine, we just ask that proper procedures be followed and that those that are sent to handle us (i.e. the military), are trained to treat us humanely and with dignity. You can’t just come in the middle of the night and give us 10 minutes to load buses, not knowing where we are being taken and why? Even when arresting a murderer, you are supposed to tell him/her why they’re being arrested. Why aren’t we given at least this basic respect,” they questioned.

“Not only did they herd us women in the middle of night, without even telling us where they were taking us or why. Don’t we have the right to know where we are being taken? Don’t we have a right to know what’s going to happen to us? We are hard-working people of this country. We are not beggars! We don’t do anything illegal. We are not a burden on the Government. It is them if at all, who live off us! Let them come next time and ask for our votes! They only need us during election time. We are speaking like this, because of the despicable way (balu wedey) in which they’re treating us,” they said.

“When the first lockdown happened earlier this year, and the military was standing in bunkers in the hot sun, we bought water for them with our own personal money and gave them. Now only we have realized what the military is. Now, we are the ones suffering. Just because we are garment factory workers doesn’t mean we are not stupid. We have rights too. It’s because of us that they (the Government and military) are all alive. They’re treating us as though it is us who are leaching off them! It is they who have become a burden to us. We are being treated like this because we are not considered ‘important/affluent people’. It is not due to any fault of ours that workers have got Corona, so they must not treat us like they’re taking revenge from us. Is this what we should expect from our government?” they ask angrily.

“We are not scolding the Government. If not for our President we might all have been dead by now. But, because we brought this Government into power, we have a responsibility to hold them accountable to us. They need to rectify what they’re doing wrong, and proceed. There needs to be a comprehensive awareness building of all workers, Grama Sevakas, hostel owners etc., as to how to stay safe and manage this crisis. There is no proper system in place right now, and everything’s taking place in an ad hoc manner,” they said. 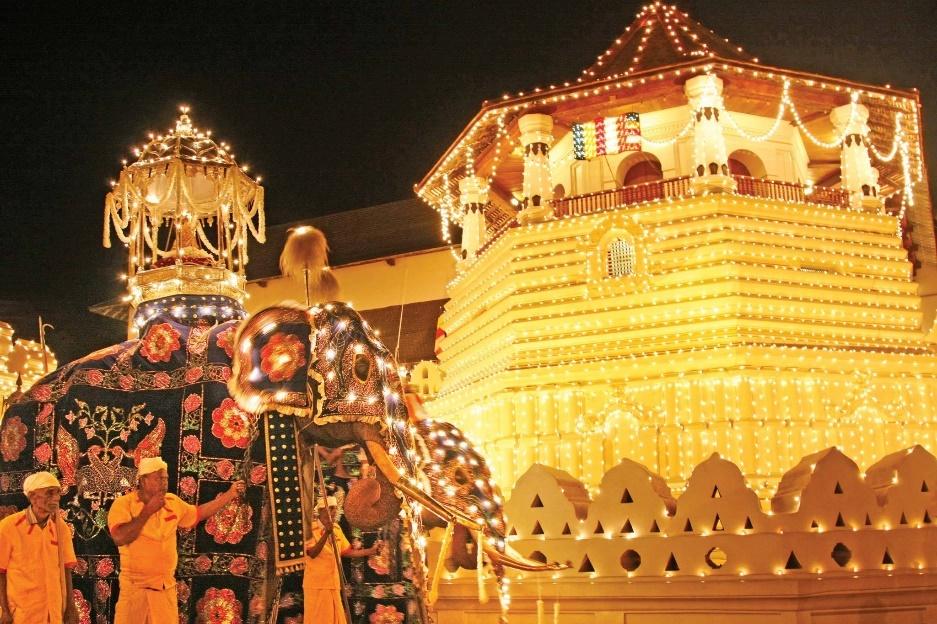