One of the world’s biggest ships remains wedged across Suez Canal, disrupting a key trade route 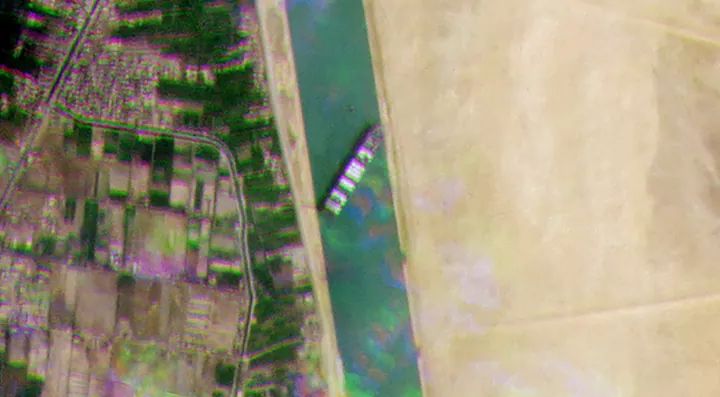 A container ship blocking the Suez Canal like a “beached whale” sent new shockwaves through global trade on Thursday as officials stopped all ships entering the channel and the salvage company said it may take weeks to free.

The 400m (430-yard) Ever Given, almost as long as the Empire State Building is high, is blocking transit in both directions through one of the world’s busiest shipping channels for oil, agricultural products, and manufactured goods trade linking Asia and Europe.

The Suez Canal Authority (SCA) said eight tugs were working to move the vessel, which got stuck diagonally across the single-lane southern stretch of the canal on Tuesday morning amid high winds and a dust storm.

“We can’t exclude it might take weeks, depending on the situation,” Peter Berdowski, CEO of Dutch company Boskalis which is trying to free the ship, told the Dutch television programme Nieuwsuur.

Several dozen vessels, including other large container ships, tankers carrying oil and gas, and bulk vessels hauling grain have backed up at either end of the canal to create one of the worst shipping jams seen for years.The SCA, which had allowed some vessels to enter the canal in the hope that the blockage could be cleared, said it had temporarily suspended all traffic on Thursday. (Aljazeera)