No significant accretion of sand along Mount Lavinia beach – CEJ 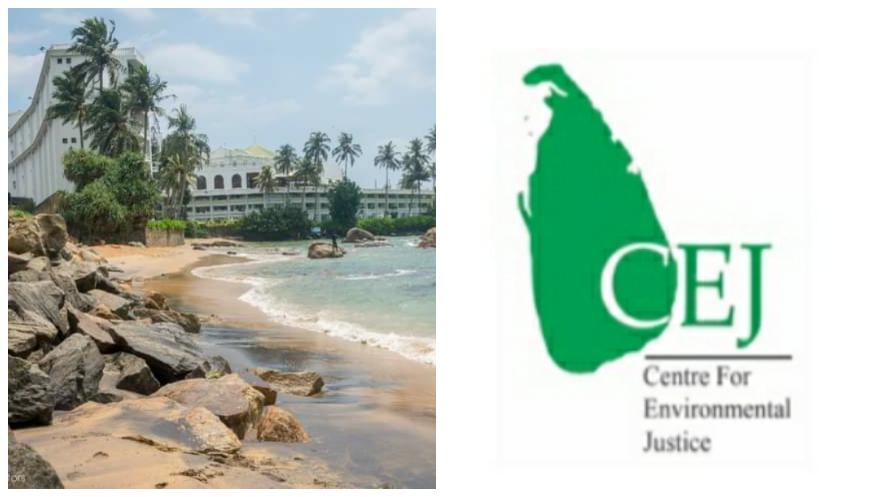 27/03/2021, Colombo- It has come to our attention that several social media statements are circulating about the beach nourishment project conducted by the Coast Conservation and Coastal Resource Management Department (CCD) in March 2020, claiming that Mount Lavinia has been recovered as a result of the said nourishment.

Globally, all beaches undergo seasonal variation due to changes in the incident wave climate. In Sri Lanka where the monsoon system dominates the wave climate in the south-west, we experience wide beaches during north-east monsoon (November to April) and narrow beaches during the south-west monsoon. The beaches are the widest during March-April as we are experiencing now. This is a natural cycle irrespective of beach nourishment. The beaches will become narrower after the onset of the south-west monsoon. Thus, it is not surprising to observe a wide beach at Mount Lavinia beach at this time.

When the CCD decided to spend 890 million LKR without an Environmental Impact Assessment and a study on the sand budget, they promised that the beach would last at least five years. However, a few days after the sand filling in 2020, a significant amount of sand from Mount Lavinia, Angulana & Kalutara Kalido beach were washed away. It is rather unscientific to say that the same sand has come back to the coast in March 2021. Therefore, it is imperative to wait a few more months to assess whether the present beach would be sustained during the next monsoon season instead of spreading disinformation via social media.

As part of a collaborative project between Oceanswell and the University of Western Australia, fortnightly beach surveys between Mount Lavinia and Wellawatte have been undertaken since 18 June 2020 to monitor beach changes subsequent the beach nourishment. Preliminary data analysis has shown no significant accretion between Mount Lavinia and Wellawatte except for season variation between Siripala Road and Sri Dharmapala Mawatha. The project is still ongoing, and the final conclusions will be published in due course.

We kindly request the public to be vigilant of certain entities who are trying to portray this failure in a positive sense.(END)