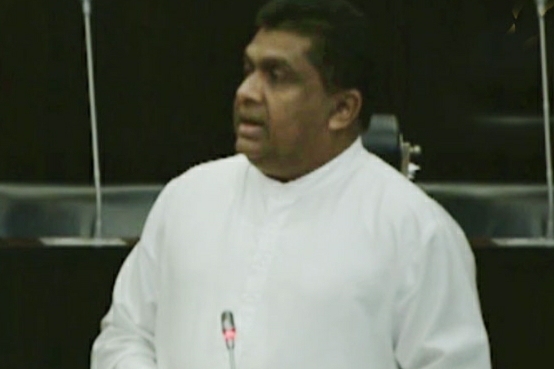 Nearly 5800 items out of the 7200 goods released to the local market by the Sri Lanka Customs have been released without being subject to inspection, State Minister Lasantha Alagiyawanna informed Parliament yesterday.

The State Minister of Cooperative Services, marketing Development and Consumer Protection said the items were not subjected to any form of investigation, as per the current system in place.

He further said the goods consist of consumable and non-consumable items.

State Minister Alagiyawanna said the goods arriving in containers to Sri Lanka are directly released to the local market under the current system.

He said measures have been launched to rectify the shortcomings faced as a result of the existing system in this regard.

Stating that no Government will intentionally feed items containing toxins to its citizens, Alagiyawanna said no state institution has been implicated over the substandard coconut oil that has been found in the local market. (NewsWire)