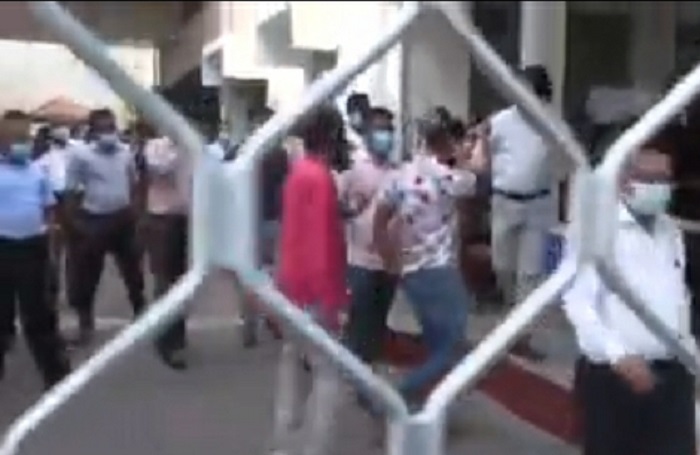 A tense situation was reported at the Sri Lanka Standards Institute (SLSI) yesterday.

According to News First, the tense situation had arisen after SLSI officials refused to reveal details on products containing harmful substances.

The officials had been grilled by members of the Sinhale Movement who had visited the SLSI.

They had sought details on consumer products containing harmful substances, following a statement made by the SLSI Director-General to the media.

However, the members of the Sinhale movement had been denied entry to the premises of the Sri Lanka Standards Institute, following which a tense situation arose. (NewsWire)