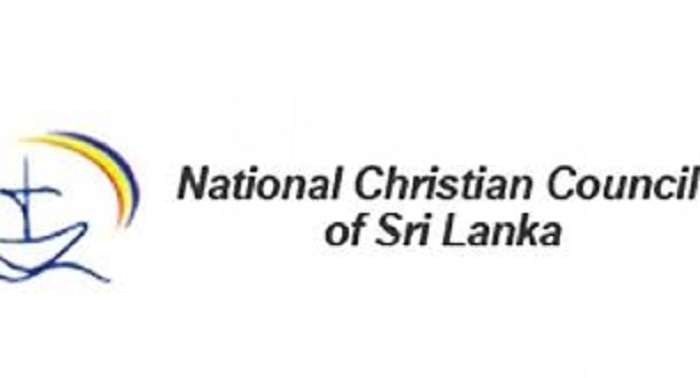 The National Christian Council of Sri Lanka (NCCSL) has highlighted the need to meet the challenge for proper governance, and economic and environmental management to resolve the worsening public health crisis in Sri Lanka.

Issuing a statement, the NCCSL called on the nation and its collective leadership to focus on harnessing our best resources and attributes to respond to the crises rather than indulging in autocratic exercises that only serve further to emasculate our island civilization.

The worsening COVID-19 pandemic situation and related deterioration of socio-economic conditions, along with mounting ecological calamities, has prompted the Churches affiliated with the National Christian Council of Sri Lanka (NCCSL) to alert the nation and its political leadership to the need to meet the challenge for proper governance and economic and environmental management to resolve the worsening public health crisis.

Despite our country possessing many advantages such as a literate society, a comprehensive and extensive public health system, a middle-income country status, and a mass media system that reaches across our island home, after more than a year since the pandemic struck in February 2020, we remain a nation lacking a suitably designed public health response. Our well-staffed and highly skilled health infrastructure does not seem to be at the centre of the pandemic response.

Unlike any other country in South Asia, our pandemic response mechanisms and even important parts of our public administration also seem to be dominated by ex-military personnel, many of whom lack the relevant expertise for the task. We are a nation long known to have provided the world with qualified medical personnel, yet they are not adequately at the helm to meet this health crisis.

There should be justice with regard to access to vaccines both locally and internationally. We are concerned with the absence of a rational policy based on equality and devoid of political favouritism with respect to the vaccination of people in the country. We also deplore the vaccine apartheid between the global north and south in the distribution of vaccines and call upon political leaders and church leaders in the developed world to ensure that such injustice and discrimination is ended forthwith.

It is not surprising, therefore, that the nation must suffer an increasing trend of ad hoc, autocratic and non-consultative actions of governance across the gamut of national affairs. This has resulted in such anomalous governmental behaviour such as the use of counterinsurgency and sedition mechanisms against civil activists, intellectuals and artistes; attempts to curtail the work of religious and social service organisations; a mounting death toll of suspects in police custody, a deplorable lack of commitment in the investigations into the Easter Sunday tragedy, and the reversal of numerous ongoing judicial actions that seek to redress large scale plunder, maladministration and other mis-governance, among other serious anomalies not expected of a country committed to freedom and the Rule of Law.

Meanwhile, we note that various less-advantaged social sectors like the urban and rural poor, the agricultural and plantation community and the fishing community all face deteriorating livelihood conditions arising out of the profound failure to manage the health crisis. The fishing community received another serious blow by the incompetence demonstrated in handling the stricken X-press Pearl and the ensuing calamitous environmental consequences. We call for a credible and independent inquiry into how such a crisis could have occurred.

We are disturbed that even as we must overcome these calamities, the governmental leadership seems more focused on undermining democratic processes, stifling dissent, and rushing through ill-conceived legislation such as the Port City Commission Bill that may endanger national sovereignty and long-term economic prosperity.

The nation and its collective leadership must heed the rising call by our spiritual leaderships to rise up and focus on harnessing our best resources and attributes to respond to the crises rather than indulging in autocratic exercises that only serve further to emasculate our island civilization. (NewsWire)

END_OF_DOCUMENT_TOKEN_TO_BE_REPLACED Watch: Screamer of a catch in the T20 Blast Final, Reaction of the fans says it all
ON: September 18, 2021
View All