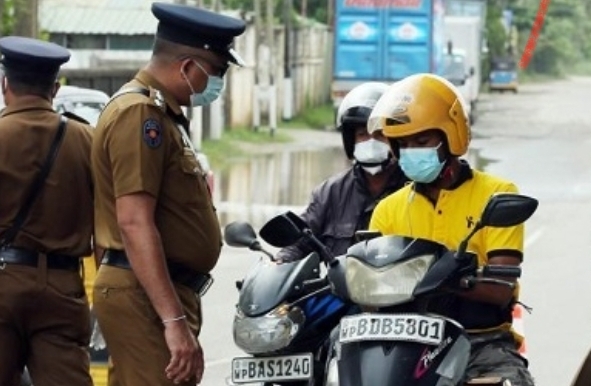 The islandwide travel restriction enforced in Sri Lanka has been extended till 04 am on the 21st of June.

Army Commander General Shavendra Silva told NewsWire that the travel restriction will continue under certain conditions and that the authorities will announce the conditions soon.

The travel restriction which was initially imposed on the 21st of May was to be lifted on the 28th of May, but was later extended till the 7th of June.

However, the Government announced that the travel restriction has been once again extended till the 14th of June.

Army Commander General Shavendra Silva yesterday announced that the travel restriction will be lifted at 04am on 14th June.

Despite the announcement, the Government has once again decided to extend the islandwide travel restriction till the 21st of June.

The Government has been forced to impose an islandwide travel ban to curtail the rapid spread of the third wave of the coronavirus.

Sri Lanka is currently facing a surge in Covid cases after it was revealed that the variant detected in the United Kingdom (UK) aka Alpha variant was the cause for the rapid spread of the virus.

Between 2500-3000 Covid cases have been reported since the emergence of the third wave of the virus in April, while a high death rate has also been reported parallely. (NewsWire)